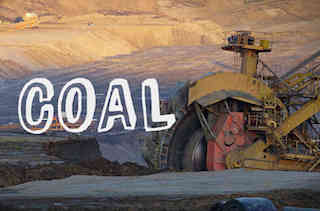 Are you interested in the coal market? Here’s an overview of key facts to know, plus a look at how to start investing in the space.

For hundreds of years, coal has been an important source of energy. It played a crucial role in the Industrial Revolution, and today it’s the largest source of energy for electricity generation in the world.
In total, coal provides 27 percent of global primary energy needs and generates 41 percent of the world’s electricity.
But is coal’s role in the energy landscape fading? Some say yes — world coal consumption stood at 3,293.9 million tonnes of oil equivalent in 2006, and a decade later it had grown only slightly, coming in at 3,732 million tonnes of oil equivalent.


Give me my free report!
That small increase fell short of expectations. Times and attitudes have changed, altering the trajectory of coal and leaving its future less certain than it used to be. Read on to find out more about the coal market landscape today and whether it could still be a viable place to invest.

What is coal and how is it used?

Coal is a fossil fuel that contains the stored energy of prehistoric vegetation. According to the World Coal Association, it dates back to 360 million years ago, and was formed when swamps and peat bogs were buried due to shifts in the Earth’s tectonic plates. Subjected to pressure and heat deep underground, the plant material in the swamps and bogs underwent a chemical reaction, creating coal.
Coal is classified at various levels of carbon content, with carbon content determining the amount and quality of energy it produces. The most commonly mined classifications are sub-bituminous coal, and bituminous coal. The two other types of coal are lignite and anthracite.
Sub-bituminous coal is used primarily as fuel for steam-electric power generation. While bituminous coal is also used mainly as fuel in steam-electric power generation, it can also used for heat and power applications in manufacturing. Additionally, bituminous coal can be used in the production of coke, an important ingredient in steel fabrication.

China and the US have the the greatest amount of proven coal reserves, each holding roughly 21 percent of the world’s total. As of 2016, the five top coal-producing countries were: China, India, the US, Australia and Indonesia. World coal production decreased in 2016 due to lower Chinese output.
Japan, Taiwan and South Korea are among the largest importers of coal, along with China and India. That said, many of those countries have cut back their demand in recent years.

Environmental concerns are one of the main reasons some market watchers believe coal’s role in the energy mix is set to fade. Both mining coal and burning it for energy are problematic, with two of the key issues being pollution and greenhouse gases.
Coal pollution, caused by the emission of contaminants such as sulfur dioxide, nitrogen oxides and mercury, affects human and environmental health; meanwhile, greenhouse gas emissions contribute to global warming. With these concerns now common knowledge, attitudes towards coal have turned in many places, and ramping up renewable energy has become a priority in locales around the world.
Notably, the leaders of the G-20 — the world’s top industrialized nations — as well as key countries with developing economies — have agreed to phase out subsidies for fossil fuels. The Organization for Economic Cooperation and Development and the International Energy Agency estimate that eliminating fossil fuel subsidies worldwide would cut greenhouse gas emissions by 10 percent or more by 2050.
During his presidential campaign, US President Donald Trump sparked hope in those wishing for a coal industry revival. He promised to bring about a coal revival, and since his election has made some attempt to do so. He pulled the US out of the Paris Agreement, citing coal as one of the reasons, lifted a freeze on new coal leases on public lands and revoked a rule that had limited coal-mining companies from dumping debris into local streams.
However, Trump’s coal deregulations aren’t having as much of an effect as they were supposed to. Instead of embracing coal, many US utilities are moving towards wind, solar power and natural gas. “The future for coal is dictated by economics … and you can’t make those kinds of investments based on one administration’s politics,” a spokesperson for American Electric Power said in November 2017.

The coal market in the future

In spite of the globally acknowledged harm caused by reliance on fossil fuels, coal production and consumption have not decreased dramatically. Global demand dropped by just 1.9 percent year-on-year in 2016. There has been a trend towards a decline in Europe, while demand has risen in parts of Asia. Some of the largest coal users — China, the US and the UK — have decreased their demand for coal.
In the US, the coal market has fallen by the wayside due to cheaper gas prices, while the UK has seen its demand drop by 50 percent due to the introduction of a domestic carbon price floor. China has decreased its coal use in an effort to improve air quality. That being said, China is still one of the world’s fastest-growing major economies and holds one of the largest populations. As a result, despite its waning demand the country is still the world’s top coal consumer.
Because China is such a huge player in the coal market, the price of coal is tied to China’s domestic and foreign policies, as well as its economy. This has caused some volatility in the price of coking coal in particular. Thermal coal prices fared well in 2017, but even with higher prices investment in coal mining has run dry, according to the International Energy Agency.
Overall, it seems that while coal use is on the decline, the fuel will still hold a place in the global energy mix for years to come. While Europe and North America turn to other energy alternatives, demand from China and India will likely keep the coal market afloat — at least assuming radical changes are not made to adopt alternative sources of energy at a much more rapid pace.
What do you think will happen to the coal market? Will coal prices last? Leave your opinion in the comments section below.
This is an updated version of an article first published by the Investing News Network in January 2011.
Don’t forget to follow us @INN_Resource for real-time news updates.
Securities Disclosure: I, Amanda Kay, hold no direct investment interest in any company mentioned in this article.

5 responses to “Introduction to Coal Investing”