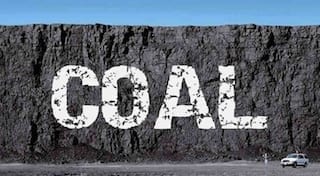 There are two types of bituminous coal, thermal and metallurgical. Here’s a look at what they’re used for and where they’re mined.

Bituminous coal is a relatively soft, black coal that is formed by the diagenetic and submetamorphic compression of peat bog material.
Compared with other types of coal, it is of a higher quality than lignite, but is lower quality than anthracite. It also produces more energy than lower-quality coals.
This type of coal is made up of between 60 and 80 percent carbon, while the rest of it is a combination of water, air, hydrogen and sulfur. It contains a tar-like substance called bitumen, hence its name. There are two types of bituminous coal, thermal and metallurgical, both of which are explored in the article below. Read on to learn more about them.

Thermal coal: What is it?

Also known as steam coal, thermal coal is a key source of energy and is often used by power plants around the world. These plants burn this type of bituminous coal for steam, which is used by electrical grids to generate electricity. Thermal coal is also used by various industrial buyers, including chemical plants, paper manufacturers and the cement industry.
The world’s top producers of thermal coal include: Australia, Colombia, China, Russia, the US, Indonesia and South Africa. The main importers of this coal type are China, India, Taiwan, Japan, Pakistan and various other countries in Asia like Malaysia and South Korea.
In the last few years, India and China have been trading places as largest and second-largest thermal coal importer. This back and forth reflects each nation’s domestic policies. For instance, in 2017 India’s thermal coal demand declined, with seaborne imports dropping by 13.4 percent in the first half of the year. India is aiming to eventually cut coal imports off completely, relying solely on domestic production.
China, on the other hand, is “restricting domestic coal output and shutting inefficient mines,” which has increased its demand for imported coal, according to Reuters.

Investors who like the thermal coal story may want to invest in companies with thermal coal assets. Here we look at two major miners that produce thermal coal; they may be good choices to consider, but they are not the only options and investors should be sure to do their due diligence.
Anglo American (LSE:AAL) is a diversified mining company that focuses on the production of thermal and metallurgical coal, as well as iron, manganese, copper and more. Its thermal coal operations are located in South Africa and Colombia.
In South Africa, Anglo owns and operates nine mines, six of which produce 23 million tonnes per year of thermal coal for the local market and for export purposes, as per the company’s website. Anglo’s New Vaal, New Denmark and Kriel coal mines in South Africa supply about 30 million tonnes per year to Africa’s largest electricity provider, Eskom. Anglo’s Colombian operations include a 33-percent working interest the Cerrejon Coal open-cast mine, which has a capacity of 32 million tonnes per year.
South32 (ASX:S32) is a global resource company whose operations span three continents, and include projects in Australia, Africa and South America. The company’s coal unit, South Africa Energy Coal, is located in South Africa, and has four mining operations in the coalfields of Mpumalanga. These include the Khutala colliery, the Klipspruit colliery, the Middelburg colliery and the Wolvekrans colliery, plus three additional processing plants. South32 also owns the lion’s share of South Africa Energy Coal, with a broad-based black economic empowerment consortium owning 8 percent.
Most of South32’s mines are open-cast mines that use draglines, although the Khutala colliery is an underground operation. The company’s 2017 guidance was 6.36 million tonnes of metallurgical coal.

Metallurgical coal: What is it?

Metallurgical coal, also called coking coal, is a type of bituminous coal used extensively in the steel industry. It is applied as a reducing agent in blast furnaces to harden iron ore into steel products.
Coke is made from metallurgical coal via a process known as caking. It involves heating coking coals in a coke oven until they become plastic, fuse together and then solidify into coke particles. It is this caking ability that sets metallurgical coal apart from other types of coal. That’s because it is a specific property that is needed to create coke suitable for manufacturing steel.
Major metallurgical coal-producing countries include the US, Canada and Australia. As with thermal coal, China and India are the top importers. By 2035, overall demand for metallurgical coal is expected to rise to 394 million tonnes, with Asian demand accounting for about 92 million tonnes of that amount.

What are the options for investors interested in metallurgical coal? Here we look at two major miners that produce metallurgical coal; again, while these companies may be a good starting point, this list is not exhaustive and investors should make sure to do their research.
Rio Tinto (ASX:RIO,NYSE:RIO,LSE:RIO) subsidiary Rio Tinto Coal Australia has operations spanning six continents and numerous commodities. It operates two mines in Queensland: Hail Creek and Kestrel. The company previously produced both thermal and metallurgical coal, but now produces primarily metallurgical coal after selling its thermal coal assets to Yancoal in 2017. The two mines, Hail Creek and Kestrel, supply over 10 million tonnes of coal for export each year.
Mining giant BHP Billiton (ASX:BHP,NYSE:BHP,LSE:BLT) produces high-quality coal, among other resources. Its Queensland operation, known as the BHP Billiton Mitsubishi Alliance, includes seven mines in the coal-rich Bowen Basin. Illawarra Coal, BHP Billiton’s coking coal project in New South Wales, includes three underground coal mines. The company also has underground thermal coal mines in the Gunnedah Basin in Northwestern New South Wales.
This is an updated version of an article first published by the Investing News Network in December 2013.
Don’t forget to follow us @INN_Resource for real-time updates!
Securities Disclosure: I, Amanda Kay, hold no direct investment interest in any company mentioned in this article.
Related reading:
Coal 101: The 4 Types of Coal and Their Uses
Coal 101: A Look at Lignite
Coal 101: Sub-bituminous Coal Explained
Coal 101: What is Anthracite?

11 responses to “Coal 101: An Overview of Bituminous Coal”