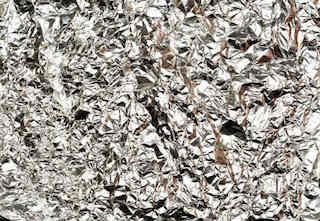 Sanctions against Rusal came on Friday (April 6) as part of an attempt to punish Russia for various actions, including activities in Crimea, Syria and Ukraine. Twelve Russian companies were targeted, and Rusal’s share price dropped a whopping 50 percent in Hong Kong on Monday (April 9).

Since US President Donald Trump implemented aluminum tariffs last month, global shipments have begun a rerouting process that will be hastened by the sanctions on Russia.

“It probably reroutes a lot of the trade flows,” analyst Daniel Morgan told Reuters. “It is beneficial if you are a producer that is (compliant with the section 232 tariffs) because you’ve got an ability to sell into the U.S. and other markets.”

With the sanctions now intertwining with the aluminum tariffs, an aluminum shortage could be on the horizon. Russia supplied almost 700,000 of the 5 million tonnes of aluminum that America imported in 2017, according to the International Trade Center.

As mentioned, if the sanctions remain in place, Rio Tinto could be poised to profit. Paul Akins, managing director of consultancy AZ China, told Reuters that the high-profile company is well placed to replace the metal with any of its own unsold metal.

With Rio Tinto having produced 3.6 million tonnes of aluminum in 2017, the company serves as a frontrunner to fill the aluminum void. However, variables like these in supply and demand can cause a financial ripple effect.

“All this does is make things more expensive for Americans,” said an aluminum trader in Singapore. “Everyone who has a duty free exemption is laughing.”

Aluminum prices have been on the rise amid the turmoil, with benchmark aluminum on the London Metal Exchange ending Monday with a 4.7-percent gain at $2,319 a tonne.