One set of investors has managed to catapult themselves to near-demigod status in recent years, with revelers hanging on their every word. They even have their own TV shows. Yet, with one simple investment, you could make double what they do. Here’s how 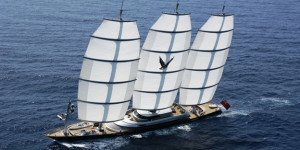 One set of investors has managed to catapult themselves to near-demigod status in recent years, with revelers hanging on their every word. They even have their own TV shows. Yet, with one simple investment, you could make double what they do. Here’s how.

In some circles, they’ve become as iconic as Babe Ruth or Ted Williams. You overhear people talking about the time they met one in a surprise encounter in a swanky bar, as if they’d just brushed shoulders with a resident of Olympus. The mix of reverence, fear, and giddiness in the conversation is almost palpable.

The untold wealth built by these venture capitalists (sounds almost like adventure capitalists, doesn’t it? Even their label is kind of sexy…) has long attracted followers, imitators, and groupies alike. Prospective founders of the next big startup line up to pitch their ideas, in hopes of securing not only a few million dollars in funding to get their dream off the ground, but also the mentorship and access to deep business and political connections that these tycoons can provide.

It’s no wonder. Their ability to turn the economy we live in on its head is well demonstrated. KPCB, the firm that Mr. Perkins has called home for over 30 years, is attached to such piddling startup investments as:

We all know the stories of the billionaire founders of tech startups, of course. What fewer people realize is that for every one of those public-hero founders, fortunes of similar magnitude have flowed to the managers of and investors in — dubbed “managing partners” and “limited partners” respectively in industry parlance—firms like KPCB.

Or like Sequoia Capital—which co-invested with KPCB in Google, and financed Yahoo, Cisco, Apple, and others in their early days. It has seen similar success, creating billions in investment returns many times over.

So, Just How Much Wealth Do These Folks Make?

As with any area of investing, the numbers tell the ultimate story. “Filthy stinking rich” is the image we tend to associate with VCs. Profiles on shows like 60 Minutes and blogs like TechCrunch acting as ESPN for the Silicon Valley set only add to the revelry.

There’s a little fly in the ointment, though: For most limited partners, the return is far less exciting than you might think.

According to Cambridge Associates, which tracks the US venture capital market, the average internal rate of return for VC firms for the last 10 years is just 6.1%.

The National Venture Capital Association, an industry-funded advocacy group, pegged the one-year average return at 5.2% in 2012.

With so many billion-dollar companies created at just two firms — KPCB and Sequoia — how can that be? Simple. It’s because there are roughly 1,000 venture capital firms operating in the US. In 2012, according to Cambridge, they funded over 3,300 rounds of investment for fledgling companies.

Even with all that money sloshing around—about $20 billion flowed to VC firms last year — only a small fraction of investments are going to generate those monster returns.

The cold, hard reality is that most of the companies that venture investors put their money into end up either flopping (estimates range from 18-25% that fail outright) or only returning small percentages over the many years it takes to get them off the ground.

Why the returns are so low is high-school math: the law of averages. Among any sufficiently large group, there will only be a handful of top performers.

But there is another way to invest in young technology companies that has blossomed over the past few years. And another set of principal investors has proven they can return double that 5.2% for their limited partners.

I’ve taken to calling them growth capitalists (GCs), since that’s what they do: fund startup companies through the all-important rapid-growth periods.

Instead of placing thousands of bets on charismatic founders with a slide deck and a dream, growth capitalists focus on a different niche: profitable or near-profitable companies with rising revenues that need access to significant capital to grow to the next level, but are too small for public stock or bond offerings.

By doing so, they’ve actually taken a page right out of the VC playbook. After all, venture capitalists emerged to fill a hole in the investment markets. Starting a company decades ago was much tougher than it is today, at least as regards the funding part of the equation. You could raise a limited amount from, as they say in the industry, “friends, family, and fools,” but that could only take you so far.

Barring a very wealthy benefactor like a corporate sponsor or rich uncle, you had to turn to the banks and borrow money. Local bankers could rarely handle the job. They were usually far too conservative to bet on something with big ambitions, like a genetic research lab, and even when they could, raising the kind of money it would require was beyond their capabilities. Further, waiting a decade or more for any kind of payout simply didn’t fit their business model.

Investment banks filled part of the gap, through bond and stock sales, and even direct investment. You could fly out to New York and try to raise capital on Wall Street, or even in an IPO. But most of the time, you’d strike out there, too, competing for the same time and money as GE and IBM.

While some money was out there, it was hard to raise. Those you could raise it from rarely had industry knowledge to lend that might help you succeed, either. Worse, they’d often make unrealistic demands of your company for the same lack of understanding and patience.

However, those who came of age immersed in innovative industries clearly saw the unique needs of the high-tech startup and the enormous return potential. So, those first generations of high-tech wealth were parlayed into the first venture capital firms, and an industry was born.

The same thing has happened again in recent years, with growth capitalists picking up where VCs left off.

Chasing the 1,000x return grand slams, most venture capitalists aren’t interested in dealing with companies that are already established — even ones they funded early on. That’s because once a company is off the ground and running, bringing in a hundred million dollars per year in revenue, the terms of a financing might only return a fraction of those multiples — and the entire venture capital model is based on having a few really, really large returns.

So where can these fast-growing companies go for desperately needed capital?

VCs are out. So are conservative bankers, who’d rather finance easily repossessed things like mortgages and backhoes than outfit a state-of-the-art research lab with equipment and scientists. Technology is a business of largely intangible assets, and that scares banks away from very good investments simply because they lack the knowledge to evaluate them fairly.

The public markets remain closed to these companies too. Largely a result of increased regulation, the cost of taking a company public on the stock market is now enormous and only makes sense at a much later stage. For many companies, they’ll never warrant raising the kind of money an IPO must bring to be worth the costs (and for many reasons, they may prefer not to give away equity).

But as a company expands and revenues are established, one way to finance growth is to issue debt or bonds. Not nearly as complex as an IPO on the stock market, raising debt gives an entrepreneur access to capital based on existing revenue streams and a predictable payback schedule without sacrificing ownership interests.

However, a technology startup’s debt is often rated at far below investment grade. They cannot simply throw out a bond offering and wait for institutional investors to come flooding in like McDonald’s or Walmart. Even so-called “junk” debtors like Petco or CenturyLink are well ahead of them in line. Instead, these growth-stage companies are often too small to attract sufficient attention or too risky to keep it. Instead, someone has to vouch for it and work with the owners.

That’s why these high-growth-but-still-too-small-to-warrant-Wall-Street’s-attention companies turn to specialized lenders to help them find the capital needed: growth capitalists.

These GC firms know technology inside out, with proven track records of serving their specialized markets much better than Wall Street or Main Street banks, allowing them to easily raise capital from many sources, including investment banks, regular banks, and individual investors. They not only serve as liaisons for the companies, they understand the companies’ business and are willing to give them a chance in a debt market that would otherwise ignore them.

The vacuum in the funding market for these high-growth companies also allows GCs to be highly selective about whom they choose to finance. A good management team at the GC firm can greatly reduce defaults and boost the overall return for their partners significantly.

Better yet, GC firms can also demand exceptionally good terms on their loans—much better than you’ll ever find in a typical corporate bond fund:

The net result of all these advantages is higher returns, much sooner. Cambridge Associates also tracks a broader measure of this category and pegs annual internal returns for the last decade at a whopping 10.93%. Many of the growth capital companies we track earn well above 10% net yield for their investors.

While the investments GCs make may not hold as much sex appeal as the famed 20,000% returns that a handful of VCs have seen, there’s no arguing with the numbers. The returns are far more consistent, and for most investors (who don’t have access to a KPCB or Sequoia) provide nearly double what they could expect from a VC.

But here’s the best part…

Almost Anyone Can Invest

Unlike venture capital firms—most of which are private, legally open to only accredited investors, and rarely offered beyond a privileged circle—a number of growth capital firms are publicly traded. Taking advantage of a unique structure that allows them to raise their funds on the stock market, the firms distribute their profits in the form of dividends, free from corporate income tax.

Like any investment, not all GC firms are created equal, of course, and you have to choose wisely. My team and I have been tracking this sector for years and have come up with a short list of the best GC investments available today.

Every one of our choices has a proven investment track record—and none currently yields less than 8% per year. Some, in fact, pay out much more.

We’ve just released a comprehensive report that details our approach to the industry, tells you all you need to know before investing in growth capital, and names the specific investments we believe are excellent buys right now.