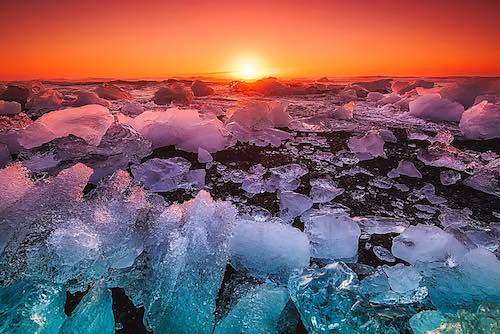 INN takes a look at some of the frontiers of the mining industry around the world and beyond, starting in the polar regions.

Mining is rough, heavy and difficult work, but humanity has had thousands of years to figure out how to do it in the environments we live in.

Technology has made mining easier and has put more minerals within reach economically as refining processes are refined themselves, with lower-grade copper deposits being mined in South America and useful minerals like cobalt being separated from other ores in Africa.

But there are physical frontiers to the industry that humans have yet to conquer, from places that are hard(er) to mine to places that are the realm of science fiction and venture capitalists.

In this series, the Investing News Network (INN) takes a look at some of the frontiers of the mining industry around the world and beyond, starting in the polar regions of the world, where mining and exploration is in its nascent stages.

The challenge: It’s cold and underdeveloped, exploration is limited and seasonal changes can put a stop to transportation.

The world’s attention snapped to Greenland earlier this year when US President Donald Trump semi-seriously — and then apparently completely seriously — floated the idea of America buying Greenland for, among other things, its mineral resources.

While the Greenlanders and the Danish responded with a profound lack of flattery, the fact remains that the mineral resources of the world’s polar regions have been on the minds of those in the industry at large for awhile now.

The Arctic states are looking more closely at their northern regions, as Russia makes it clear that it’s placing bets on its wintery territories with an expanded icebreaker fleet, new military bases, undersea exploration programs and high hopes for the northeast passage connecting Murmansk to Vladivostok through the Arctic Ocean. Developing the Arctic isn’t new territory for Russia, though: its major nickel-producing region around the city of Norilsk is within the Arctic Circle.

Compared to Russia, the North American Arctic is underexplored and underdeveloped.

Speaking to INN, a representative of the Mineral Licence and Safety Authority of Greenland said that the better-explored parts of the country show lots of resource potential — which was a similar theme among Arctic jurisdictions in North America, with representatives from Canada’s Northwest Territories and Nunavut telling INN that the potential for discovery is what makes those areas so appealing to miners.

“I think that our isolation is an advantage, because we’ve got more unexplored potential up here than some of the southern jurisdictions in Canada where people have easier access,” said Pamela Strand from the Government of the Northwest Territories.

Looking to the south, Antarctica throws up a whole lot of different challenges.

The southernmost continent is almost completely undeveloped, though that doesn’t mean its mineral resources aren’t in the hearts and minds of interested parties.

Speaking with INN, Gavin Mudd, associate professor of environmental engineering at RMIT University in Melbourne, said that, while the underlying geology of Antarctica is understood to be similar to Australia and Africa, the world doesn’t need the minerals that were there.

“I think if the world starts to need to extract resources out of Antarctica there’s something wrong, because we know of plenty of other resources everywhere else,” he said.

“I think Antarctica should be one of those places that we approach like we do our national parks; it’s a special place, leave it alone, keep it as pristine as possible.”

Mudd added that thoughts of exploiting the continent are academic in nature now, and into the near to mid-term future, but it is clear that the upcoming revision of the Madrid Protocol in 2048 is on some people’s minds.

Whatever the level of development or politics, the polar regions remain a part of the world that is fundamentally more difficult to mine than other regions, as low temperatures make conditions very uncomfortable for humans, and even prevent modern machinery from operating — but we have the technology to mine the regions now.

Next week, INN will take a look at another frontier in the mining industry: deep sea mining.