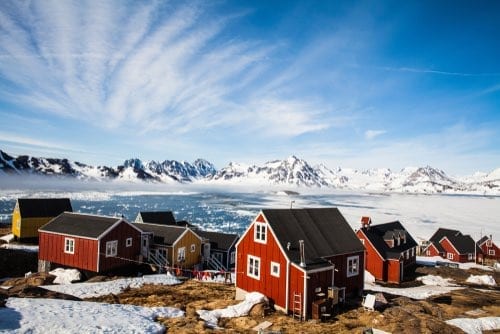 Donald Trump apparently wants to buy Greenland — which is understandable given its mineral resources — but the country is not for sale.

If reports from the Wall Street Journal are to be believed, US President Donald Trump has real estate on his mind, namely the purchase of Greenland because of its geopolitical location and its natural resources.

Danish politicians aren’t taking the suggestion seriously, with one asking whether it’s an early April Fools’ Day joke, but here we are anyway. Those who could be in the know are keeping mum on the topic, while the Wall Street Journal’s sources are unnamed.

Even so, it doesn’t take much to understand why Trump might be so interested in Greenland; it is, after all, part of North America and full of goodies.

Even though more than three quarters of the country is under a permanent ice sheet, as well as deterring factors like a jagged coastline, iceberg-riddled waters and unforgiving weather, the parts of Greenland that have been explored show it’s a (figurative) gold mine when it comes to mineral resources, and almost entirely undeveloped.

Currently a ruby mine and an anorthosite mine are active in Greenland. Exploration and development companies include Ironbark (ASX:IBG), which is focused on zinc and lead, and Greenland Minerals (ASX:GGG), with interests in a uranium–rare earths project. However, the parliament of Greenland has plenty of pro-mining politicians among its ranks.

The vast majority of Greenland is unexplored because of its kilometers-thick ice sheet, but that doesn’t mean that no exploration can be carried out.

The Mineral Licence and Safety Authority of Greenland told the Investing News Network that the best-explored areas of the country show potential, and even better, “most of the ice-free areas are easily accessible by deep-water fjords, which makes shipping easy.”

The department also said that, even though most of the country is deep in the Arctic Circle, the winter season doesn’t mean everything has to shut down.

“Seasonal limitations highly depend on where in Greenland companies are operating. Some areas have mild winters, whereas other areas have harsh winters with lots of snow and very low temperatures. The amount of ice at sea can limit shipping opportunities; where the north of Greenland can only be accessed from the seaside one to two months a year, the southern part can be accessed year round.”

This isn’t the first time a US president has had eyes for Greenland — in the aftermath of World War II, Harry Truman’s administration offered Denmark US$100 million for the territory and was turned down.

US$100 million was actually a pretty high bid compared to the US’ other arctic territory — Alaska — which was purchased for US$7.2 million in the late 1800s from the Russian Empire.

In the time since, Alaska has proven more than worth the investment due to its vast mineral wealth.

For now, Greenland is not reacting with flattery to Trump’s alleged interest, with the foreign ministry of Greenland saying that the country is open for business, but not for sale.

The US military maintains the Thule air base in Northeast Greenland, though, so Trump can visit if he likes.

3 responses to “What’s So Great About Greenland, Mr. Trump?”