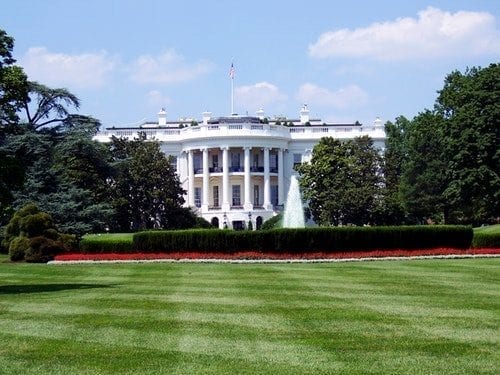 The minutes from the FOMC’s latest meeting show that members are optimistic about the economy and expect inflation and interest rates to rise.

The minutes for the US Federal Reserve’s most recent meeting show that all members feel the outlook for the economy has improved.

However, they also indicate that further inflation and interest rate hikes could be on the way.

The newly released minutes, which summarize the discussion between Federal Open Market Committee (FOMC) members at their March meeting, present both optimism for the future and realistic concerns about a booming economy.

“All participants agreed that the outlook for the economy beyond the current quarter had strengthened in recent months,” the report reads. “In addition, all participants expected inflation on a 12-month basis to move up in coming months.”

At the FOMC’s March meeting, a unanimous decision was made to hike interest rates from 1.5 percent to 1.75 percent, a move that was highly anticipated by analysts. The minutes show that staff project that inflation will reach the FOMC’s target of 2 percent in 2019.

“Almost all participants agreed that it remained appropriate to follow a gradual approach to raising the target range for the federal funds rate,” the report states.

“Several participants commented that this gradual approach was most likely to be conducive to maintaining strong labor market conditions and returning inflation to 2 percent on a sustained basis without resulting in conditions that would eventually require an abrupt policy tightening.”

Despite the report’s general optimism surrounding the economy’s future, one potential catalyst is the threat of a US-China trade war. While a small glimmer of hope for American investors came on Tuesday (April 10,) when Chinese President Xi Jinping said he would make an effort to remove protectionist barriers, the Fed showed concern at its March meeting.

“Participants did not see the steel and aluminum tariffs, by themselves, as likely to have a significant effect on the national economic outlook,” the minutes say.

“But a strong majority of participants viewed the prospect of retaliatory trade actions by other countries, as well as other issues and uncertainties associated with trade policies, as downside risks for the U.S. economy,” they continue. The Fed’s next meeting is scheduled for May 1 to 2.