An extremely destructive storm in Kazakhstan led to a temporary suspension of uranium mining in the Sozak region. 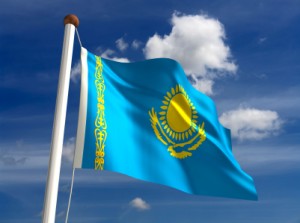 The uranium spot price bounced up $1.50, to $43.75 per pound U3O8, in the last week of January, although some transactions are fetching $44 per pound, TradeTech reported. Important factors at play in supply/demand fundamentals going forward include “[r]ecent production cutbacks and the political crisis and military contingent in Mali” and “the recent news regarding stringent new safety measures proposed by Japan’s new Nuclear Regulatory Authority,” according to the consultancy firm.

An extremely destructive storm in the Sozak region of Kazakhstan last month led to a temporary suspension of uranium mining in the area, reported World Nuclear News. This week, state-owned nuclear company Kazatomprom announced that it may take up to six weeks to restore power to a key power line, which includes several of its uranium mining operations. However, the company  limited the power cut’s impact by installing temporary power systems within four days of the storm.

Kazkhstan is the world’s leading uranium producer, with about 37 percent of global output.

The Nigerian government is in talks with France’s AREVA (EPA:AREVA) to glean a bigger piece of the profits that the miner reaps from its uranium mines in the African country, reported Reuters. Niger is the world’s third-biggest producer of uranium, but is extremely impoverished with an estimated 2011 GDP of about $6 billion. AREVA is currently working on a bringing its third Nigerian uranium mine, Imouraren, into production; it could reportedly produce 5,000 metric tons (MT) of yellowcake annually.

Virginia Energy Resources (TSXV:VUI) and Virginia Uranium, its subsidiary, experienced a huge setback last week in plans to bring the Coles Hill project into construction. Citing insufficient support, Senator John C. Watkins withdrew the bill that — if passed — would have essentially lifted the uranium mining ban in the state of Virginia, reported The Wall Street Journal.

The ending of a moratorium on uranium mining in Greenland, host to the world’s fifth-largest uranium deposit, stands a better chance, according to recent news. The government of Denmark is expected to vote soon on lifting a uranium mining ban in Greenland, reported MINING.com, and the majority of the Danish parliament seems amenable to the proposition. Greenland is a former Danish colony, and its government, which is in favor of allowing mining and exports of the nuclear fuel, must first seek the approval of the Danish government as the decision concerns security and defense.

On Monday, a US federal appeals court upheld the government’s decision to allow uranium production at Energy Fuels’ (TSX:EFR) Arizona 1 mine near the Grand Canyon National Park, reported the Associated Press. Energy Fuels “has already proven claims for the Canyon Mine located on the Kaibab National Forest south of the Grand Canyon … and forest officials said the mine’s 1986 operation plan needs no further revisions,” meaning the property is not subject to the 2011 ban on new mining permits in the region.

A national referendum on the construction of new nuclear power plants in Bulgaria revealed positive sentiment in the Eastern European nation. A total of 61 percent of voters came out in favor of new reactor builds. Currently, Bulgaria has only one operating plant with a total of two — soon to be three — reactors.

Russia and Belarus signed nuclear energy agreements this week. “The agreement envisages various cooperation forms, including the development of the nuclear security infrastructure, security regulation systems, development and improvement of the existing legal framework taking into account the IAEA requirements and norms, development of the crisis center network in Belarus, training of specialists in nuclear security,” reported the Belarusian Telegraph Agency. Russia is prepared to provide Belarus with a $10-billion loan for the construction of a nuclear plant that will have two 1,200-MW units, the first of which is scheduled for commission in November 2018.

Alpha Minerals (TSXV:AMW) commenced drilling at the Athabasca Basin-based Patterson Lake South property, of which it holds 50 percent in a joint venture with Fission Energy (TSXV:FIS) — recently acquired by Denison Mines (TSX:DML,AMEX:DNN). The drill program is focused on further study of the high-grade, shallow uranium discovery near drill hole PLS12-22 as well as on testing several other high-priority geophysical targets.

Purepoint Uranium Group (TSXV:PTU) began drilling at its Hook Lake joint venture project, which neighbors Alpha and Fission’s joint venture. Purepoint is the operator of the project; its partners are Cameco (TSX:CCO;NYSE:CCJ) and AREVA Resources Canada, a subsidiary of AREVA. The current $900,000 program includes a ground-time EM survey and 2,250 meters of diamond drilling.

Strathmore Minerals (TSX:STM) announced the continuation of Phase 1 at its Gas Hills exploration, development and permitting program in the Gas Hills Uranium District in Wyoming. Drilling will resume in March and is expected to be completed in the second quarter of this year. Korea Electric Power (KEPCO) (NYSE:KEP) has an agreement with Strathmore that includes KEPCO earning up to a 40-percent interest in the project in exchange for US$32 million in expenditures during the three years of Phase II. KEPCO’s decision to participate in Phase II will be based on the results of the Phase 1 program.

Kivalliq Energy (TSXV:KIV) announced a two-phase 2013 exploration program at its Angilak property in Nunavut, Canada. The goals of the program are to build upon the Lac 50 trend inferred resource (which currently totals 2,831,000 MT grading 0.69 percent U3O8), advance additional high-priority uranium targets within the trend and test select property-wide targets. The company plans to have an updated resource estimate by the end of Q1 2014 and a completed preliminary economic assessment in 2014.

Energy Resources of Australia (ASX:ERA) completed its annual assessment and reconciliation of reserves and resources for both the Ranger and Jabiluka operations. Ore reserves for the Ranger project decreased during 2012 from 13,484 MT of U3O8 to 9,675 MT of U3O8. Mineral resources at Ranger for the same year significantly decreased, from 117,240 MT to 63,377 MT of contained U3O8. At Jabiluka, ore reserves and mineral resources remained unchanged at 67,700 MT and 73,940 MT of contained U3O8 respectively.

Uranium Miners Grapple with Environmental Roadblocks in the United States