The margin between purchasing agents and distributors was largely unchanged this week with most buyers and sellers reluctant to bridge the gap to conclude transactions; however, two transactions were reported including utilities, producers and intermediaries. 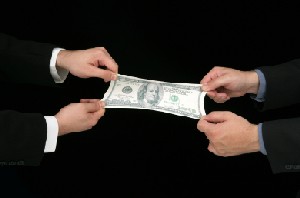 The spot uranium market was relatively quiet this week as the price was maintained at $40.75. The margin between purchasing agents and distributors was largely unchanged with most buyers and sellers reluctant to bridge the gap to conclude transactions. Two transactions were reported including utilities, producers, and intermediaries. Demand for spot uranium has remained highly discretionary and the majority of buyers have retreated following relatively recent spot uranium price appreciation over the last decade.

Last week at the RBC Capital Markets Global Mining and Materials Conference Cameco’s (TSX:CCO) Director of Market Planning and Analysis, Penny Buye exhibited confident forecasts for uranium investors, “We expect demand to be a little over 2 billion pounds of uranium, increasing from about 180 million pounds today to 233 million pounds by 2019, or by almost 30% over the next 10 years. The increase in demand provides many opportunities for Cameco and other uranium producers and is very welcome after the years of stagnant or decreasing demand.”  Further support for the uranium industry was offered by comparing current supply sources to forecasted demand over the next decade.  The results indicated that about 250 million pounds of new supply sources should be required as the drawdown of secondary sources will only make up a portion of the cumulative production deficit from existing mines.

The uranium industry will be keenly anticipating the fifth annual AusIMM International Uranium Conference in Adelaide, Australia scheduled for Wednesday and Thursday of this week.  The primary focus of the formal program this year will continue to be largely technically-based and should cover the topics of mining, exploration, production, geology, processing, health, safety, indigenous relations, environment, and nuclear safeguards.  The conference promises to be worthwhile, as the uranium industry and the nuclear fuel cycle as a whole is entering a very important period and the theme for the 2010 event has been appropriately entitled ‘The Decade for Development’.

In comments that showed defiance of any threat of increased U.N. sanctions, Iran will unveil a new nuclear achievement in connection to the production of fuel for its Tehran research reactor in the coming months, said Ali Akbar Salehi, the head of Iran’s Atomic Energy Organization on Saturday.  The International Atomic Energy Agency (IAEA) says there are reasons to suspect Iran is actively pursuing nuclear weapons capability. Once 20 percent purity of enriched uranium is achieved, the next step to the 90 percent needed for a warhead is much less difficult.  Iran is not known to have the technology to convert 20 percent enriched uranium into the special plates needed for a research reactor.

Iran has refused to suspend its sensitive nuclear work, as demanded by the Security Council, and that the program only represents its legitimate right to power generation.  A resolute Iranian President Mahmoud Ahmadinejad dismissed the sanctions as no worse than “pesky flies” and said the resolution was “like a used handkerchief that should be thrown in the bin.”  The new sanctions call for a cargo inspection regime, expanded arms embargo and targets on Iranian banks suspected of connections with nuclear or missile programs.  An immediate result has been the suspension by Russia of the delivery of S-300 air defense missiles to Iran. The United States and Israel opposed the sale because it could give Iran the means to withstand any future air strikes aimed at knocking out its nuclear sites.