The Russian Ministry of Justice has notified Khan that it refuses to effect service on ARMZ, citing Article 13 of the Hague Convention. Article 13 provides that “the State addressed may refuse to comply therewith only if it deems that compliance would infringe its sovereignty or security.” 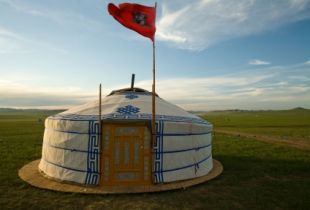 Khan Resources Inc. (TSX:KRI) continues to create headlines in a saga of operational impediments which investors and observers have followed as they have been developing and escalating for more than a year.

Previous litigious filings by Khan have sought damages from Atomredmetzoloto JSC (ARMZ) and its affiliate JSC Priargunsky Industry Mining and Chemical Union (JSC PIMCU) for breach of fiduciary duties as one of the company’s joint venture partners and a shareholder of Central Asian Uranium Company, LLC (CAUC) and general damages resulting from their unlawful interference with the plaintiffs’ economic relations and business interests.

Earlier in February the Russian Ministry of Justice notified Khan that it refuses to effect service on ARMZ, citing Article 13 of the Hague Convention. Article 13 provides that “the State addressed may refuse to comply therewith only if it deems that compliance would infringe its sovereignty or security.”

In January, Khan announced that it has formally commenced an international arbitration action against the Government of Mongolia for, “its expropriatory and unlawful treatment of Khan in relation to the Dornod uranium deposit located in northeastern Mongolia.”   An arbitration Tribunal of three will be appointed in the near future with each side appointing an arbitrator followed by the selection of president of the Tribunal by the two appointed arbitrators.  The claim seeks over US$200 million in compensation for losses and damages.

The arbitration, which is brought by Khan and several of its subsidiaries, will take place under the Arbitration Rules of the United Nations Commission on International Trade Law, and asserts claims under the Energy Charter Treaty, the Foreign Investment Law of Mongolia, and the Founding Agreement between Khan and the Mongolian Government.

These developments follow an announcement last November from the Nuclear Energy Agency of Mongolia that it would not reinstate the licenses that Khan holds on the Dornod uranium property, but which the government cancelled in order to pursue the project without the company.

Yesterday Khan posted a net income of $34,000, or break even on a per share basis, compared with a loss of $826,000, or 2 cents per share from last year’s results.  The company recovered $522,000 in income tax during the quarter. The share price has climbed almost 19 percent from the beginning of the year to trade within its current range of 57 cents.

On Friday Cameco (TSX:CCO) (NYSE:CCJ), reported adjusted earnings per share in the fourth quarter of 48 cents, posting a very strong result with the consensus view targeting 27 cents. Earlier last month the company had experienced some operational challenges. Strong outperformance was attributed primarily to a higher realized uranium price of $48.50 per pound and lower than expected operating costs. The current share price in the range of $43.30 has appreciated 15 percent since achieving a year to date low on January 21 of $37.78. TD Newcrest analyst Greg Barnes raised his price target by $6 to $51 per share and maintained a “buy” recommendation, reflecting his more bullish view on the uranium market. UBS analyst Brian MacArthur also hiked his price target but was somewhat more cautious with a 12-month target revised to $47 from $44.

This week, the spot uranium price continued to maintain its position in the $73.00 per pound range as reported by both TradeTech and Ux Consulating. Yesterday, Mr. Barnes raised his uranium price forecasts for 2011 through 2014, as well as in the longer term. He now anticipates the spot market uranium price to average $75 per pound in 2011, a 20 percent increases from his previous forecast. His longer term price, which starts in 2016, was also raised to $70 a pound.