High quality uranium in Arizona has caused a clash between those arguing for protection of American resources and those in favor of mining. But, one side stands to suffer defeat soon since a mining moratorium will end this summer and a decision on 20-year legislation is expected thereafter. 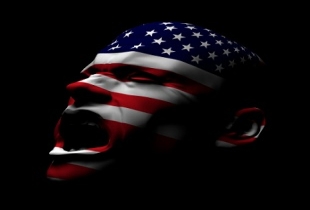 Arizona’s breccia pipes contain some of the world’s purest uranium. There is a significant amount of interest in establishing mining operations to explore and extract it. That interest cannot currently be pursued due to a federal segregation, or time-out, imposed in 2009. But, change may be in the forecast because the segregation expires in July.

Uranium mining in this area known as the Arizona Strip is a hot topic. Much of the land where these resources lie belongs to the US government. The segregation, which halted consideration of new claims to that land, went into effect after Ken Salazar, US Secretary of Interior, published a notice proposing to withdraw approximately 1 million acres. Withdrawal will eliminate new mining claims on that land for 20 years.

Salazar and other opponents are strongly against mining in the region because it will occur in areas surrounding the Grand Canyon, a renowned US landmark. Another major concern is that the area is home to numerous native American tribes who argue that mining will adversely affect their way of life. The opposition also includes environmentalists who have concerns about wildlife and pollution.

Mounting numbers of claims prompted Secretary Salazar to propose the withdrawal in the first place. There are currently over 3,000 claims, according to Dennis Godfrey, Public Affairs Specialist at the Arizona Office of the Bureau of Land Management (BLM), which manages the federal land in question. But, he says those numbers mean little because every claim will not become a mine.

Some parties hold multiple claims and these merely establish rights to a particular piece of property. Before any activity can occur, several steps must be taken. To even drill for exploration purposes, the claim holder must submit a Notice of Proposed Exploration and may only proceed once a permit is issued. Establishing a mine involves a detailed list of preparatory actions, such as submitting a Plan of Operation, putting up a bond and obtaining a variety of permits.

Furthermore, many claimants are letting their claims expire since they need to pay annual fees to maintain them. A claim is not enough to give a person a right to mine if a withdrawal is enacted and Godfrey says many claimants are not confident it is worth the cost.

During the time-out an investigation of the impact on natural, cultural and social resources has been underway. Public meetings were held and a period of public comment concluded last week after about 300,000 comments were submitted to BLM.

A solution to many of the concerns that have been expressed was devised 25 years ago in the Arizona Wilderness Act, Senators John McCain and Jon Kyl said in a letter to Arizona Congressman Raul Grijalva. “And to this day, uranium mining activities on the Arizona Strip have a record of productive operation and successful reclamation without impacting the Grand Canyon.”

There is currently one uranium mine operating in the area owned by Denison Mines (AMEX:DNN) (TSE:DML), a Canadian company.

BLM, with the help of government and non-government parties, has drafted an Environmental Impact Statement (EIS). It is the contents of the draft version that the public was largely encouraged to comment on. The final version is supposed to help the Secretary make a final decision about the withdrawal.

The draft EIS contains four alternatives for action and their effects. One option is no action, which will allow mining claims to proceed. Another is full withdrawal, halting new claims for 20 years. The other two alternatives involve withdrawing smaller portions of land, eliminating the possibility of claims in only those areas.

Among the EIS findings is the revelation that some pollutants will be emitted under all the alternatives. Some degree of impact on American Indian resources is likely, depending on the alternative. There would be no overall impact on regional tourism and existing employment. Visitors could benefit from roads that the mining companies would be responsible for. And, water supplies may or may not be affected depending on factors such as the number of mines and their locations.

Many mining opponents are disgruntled because they say foreign companies are not liable to pay royalties to the US government. However, Brewer argues that the withdrawal will affect Arizona State Trust’s land for which royalties are paid. The adverse effects include potential losses of $1.5 to $18.5 million and much of that would be a loss for public education.

Also, if mining is allowed, there is potentially $613 million in related employment opportunities. Brewer says the jobs are needed because unemployment rates in the area are above state and national averages.

The segregation ends in July. A final EIS is also anticipated sometime this summer, but there is no strict deadline. Secretary Salazar is expected to make a decision about the 20 year withdrawal this fall, but there is no deadline for that either.

An official statement has not been issued outlining what happens if the segregation ends before the Secretary makes a decision. However, a BLM geologist said “upon expiration of the segregation, the segregated lands will again be open…,” meaning renewed opportunity to obtain mining claims and pursue uranium.