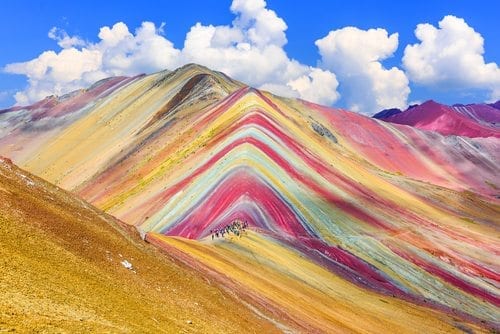 The appeals call for the overturning of a recent administrative resolution regarding 32 concessions that are part of the Macusani uranium project.

Plateau Energy Metals (TSXV:PLU,OTCQB:PLUUF) has filed appeals with the Mining Council of the Ministry of Energy and Mines (MINEM) in Peru through its subsidiary Macusani Yellowcake.

The appeals call for the overturning of a recent administrative resolution from MINEM. The resolution centers on 31 concessions that are part of the Macusani uranium project near the town of Sicuani in Central Peru, and one concession that is part of the Falchani lithium project

The validity of the 32 concessions has been raised by the Institute of Geology, Mining and Metallurgy (INGEMMET), with the institute claiming that their validity payments from 2017 and 2018 were late.

Junior explorer Plateau and its subsidiary have affirmed that there was an error made regarding the timing of payments for 32 of the company’s 149 mineral concessions.

As a release dated July 31, 2019, notes, the company made many attempts to rectify the miscalculation and believed the situation was being remedied. However, on August 6, the company announced that INGEMMET had recommended that MINEM cancel the 32 concessions because of this issue.

Plateau states in the appeals document, “(Plateau and Macusani Yellowcake seeks to) introduce prominent facts and arguments, previously presented and recently introduced, which outline various rules of law in support of our request to have the INGEMMET resolutions overturned.”

Plateau also possesses concessions covering Falchani, which is in close proximity to Macusani. According to company CEO Alex Holmes, the pending appeals will impact the company’s ongoing preliminary economic assessment (PEA) at that site.

“As we look to the future the fact remains that we continue to have two strong and highly supported projects in energy metals that are very relevant to a cleaner future for all,” said Holmes.

“We remain focused on correcting this error, we have not lost anything at this point, and will delay the Falchani PEA pending the outcome of the appeal process.”

The 32 concessions in question represent 23,100 hectares, or 25 percent, of Plateau’s total concession package, which itself covers more than 93,000 hectares.

The energy-focused company remains optimistic that the decision will be overturned in its favor once the documents submitted with the appeals have been reviewed.

Editorial Disclosure: Plateau Energy Metals is a client of the Investing News Network. This article is not paid-for content.