Most recently, NexGen announced Tuesday its best-ever angled drill hole at Arrow to date, garnering more positive feedback from analysts. The company’s share price was up 13.24 percent by the end of the day. 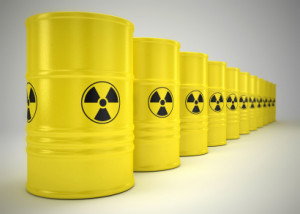 Those following NexGen Energy (TSXV:NXE) know that it has previously released high-grade drill results from the Arrow zone at its Rook 1 property. Indeed, hole AR-14-30 was recently dubbed “one of the best holes in Athabasca basin history” by Cantor Fitzgerald.

Rob Chang from Cantor Fitzgerald believes that hole AR-15-39 “appears to share the same characteristics as AR-14-15, which discovered mineralization at depth on the A2 mineralized shear that was later traced shallower to hole AR-14-30, which is one of the best holes ever reported in the world.”

NexGen’s Tuesday report also states that the newly discovered high-grade intersection within the A3 mineralization shear in AR-15-39 has returned 9.75 meters of off-scale radioactivity (>10,000 to >61,000 cps), and represents a 200-meter down-dip extension from high-grade uranium assay intervals in drill holes AR-14-08 and -13.

According to Haywood Securities, the results from hole Ar-15-39 “provide greater confidence that the scale and intensity of mineralization within the A3 shear is comparable to A2.”

More results yet to come

Analysts from both Cantor and Haywood are looking forward to the assay results from hole AR-15-39, as well as results from other outstanding holes from the winter drilling program at Arrow. To date, a total of  5,518.9 meters have been reported from the program, and so far 37 of 39 drill holes at Arrow have intersected uranium mineralization of greater than 500 cps.

When the company announced its plans for Arrow on January 5, 2015, it reported that a third drill would be deployed mid-January and would move northeast and southwest from Arrow along the Patterson Conductor Corridor, which is 7 kilometers in strike length through the western section of Rook 1. Tuesday’s release confirms that drilling has commenced at a high-priority radon target located 400 meters along strike to the northeast of the Arrow zone.

At close of day on Tuesday, shares of NexGen were trading at $0.39, up 13.24 percent. The company’s share price has gained approximately 18.5 percent over the past month.

What is Uranium Investing?
Top Uranium Stocks of 2020 on the TSX and TSXV
CanAlaska Uranium: Developing an Exploration Package in the Athabasca Basin
IsoEnergy Completes Review of Winter Drilling Program at the Hurricane Uranium Zone