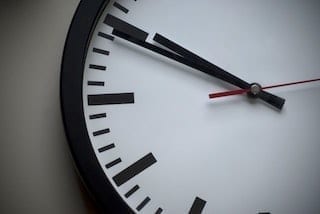 Cameco will suspend production at its McArthur River mine and Key Lake milling operations by the end of January 2018 due to low uranium prices.

Major uranium producer Cameco (TSX:CCO,NYSE:CCJ) will suspend production at its McArthur River mine and Key Lake milling operations by the end of January 2018.
The company said Thursday (November 9) that it will also reduce its annual dividend to $0.08 per common share in 2018, down from a dividend of $0.40 per common share paid quarterly. The suspension will result in 845 “temporary” job losses by the end of January, but 210 workers will remain onsite to maintain facilities in a safe shutdown state.
Cameco said the decision to suspend operations came on the back of “continued uranium price weakness.” As of October 30, the U3O8 spot price was sitting at just $19.95 per pound.


Get My Free Report
“With the continued state of oversupply in the uranium market and no expectation of change on the immediate horizon, it does not make economic sense for us to continue producing at McArthur River and Key Lake when we are holding a large inventory, or paying dividends out of proportion with our earnings,” commented Tim Gitzel, the company’s president and CEO.
In its release, Cameco notes that uranium prices have fallen over 70 percent since the Fukushima disaster in March 2011, but said it has been partially protected from the impact of low prices because it has a portfolio of long-term contracts. Those contracts are now “running out and it is necessary to position the company today to generate cash flow if prices do not improve.”
Research firm Raymond James estimates that global uranium production will be reduced by 15 million pounds if the suspension lasts for 10 months as Cameco has outlined. The firm has an “outperform” rating on the stock and a price target of C$14. The company’s share price rose almost 3 percent on the TSX following news of the suspension to close at C$11.84 on Thursday.
The firm has committed sales volumes of 28 to 30 million pounds in 2018, and plans to use inventory to help meet contract commitments without suffering a loss by selling at low market prices. Cameco’s average unit cost of sales is down 13 percent year-over-year, and its direct administration costs are down 20 percent. Planned capital expenditures for 2017 are expected to be 26 percent lower than in 2016.
“To date, we have made good progress in reducing costs but unfortunately given the continued market weakness, more needs to be done,” said Gitzel, adding, “we can’t control the market so our focus is on positioning the company to weather the continued low uranium prices and have uncommitted, low-cost supply to deliver into a strengthening market.”
Other uranium market participants have reacted positively to Cameco’s cuts, with many suggesting that they could be the catalyst needed to finally kick the uranium market back into gear.
“No mine on the planet can make money at $20/lb. uranium, and this announcement is the ultimate validation of this point,” said UEC (NYSEMKT:UEC) Executive Vice President Scott Melbye. He added that Cameco’s announcement is the largest catalyst since Fukushima and said he expects the news will shake utilities out of wait-and-see mode regarding their procurement strategies.
Similarly, Rob Chang, an analyst at Cantor Fitzgerald, told the Financial Post, “[t]his is the type of supply side shock that is positive for the market, but negative for Cameco in the short term.” He also noted, “[t]his should place positive price pressure on spot uranium prices.”
Cameco owns 70 percent of McArthur River and 83 percent of Key Lake, with AREVA Resources Canada owning the remainder. Together the operations produced 11.1 million pounds of uranium in the first nine months of 2017.
Don’t forget to follow us @INN_Resource for real-time news updates!
Securities Disclosure: I, Melissa Shaw, hold no direct investment interest in any company mentioned in this article.