Legislation set to be tabled in the US Congress this week should provide a boost to the natural gas industry if it passes as expected. 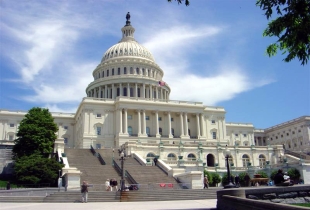 Amidst increasing oil prices and mounting uncertainties over the future of nuclear power, support for gas is gaining momentum amongst US policy-makers. Legislation set to be tabled in Congress on April 6, a revised version of the failed 2008 New Alternative Transportation to Give Americans Solutions (NATGAS) bill, should provide a boost to the gas industry if it passes the House and Senate.

The bill, sponsored by Republican Congressman John Larson and heavily lobbied for by BP Capital Management chief T. Boone Pickens, is expected to include billions of dollars in subsidies and grants for natural gas infrastructure and refueling facilities, as well as tax credits to help offset the steep costs of converting vehicles to run on natural gas. The revised NATGAS bill is thought to have more bi-partisan backing this time because of its narrower focus avoiding previous climate change-related sticking points, and the prospect of job creation for the retrofitting of private and commercial fleets. There is also now wider public support for natural gas, with Nikos Tsafos, senior analyst at PFC Energy in Washington noting that “gas is domestically produced and currently one-fourth the price of oil: it’s a no-brainer that people will look for ways to push out oil and use more gas.”

The introduction of the bill this Wednesday also comes on the heels of a speech from President Obama last week outlining the government’s long-term energy plans. In his address, Obama targeted a one-third reduction in foreign oil imports for the US by 2020, roughly 3.6 million barrels per day at current levels of consumption. Obama also announced an initiative to ensure that all new vehicles used by government agencies were powered by alternative fuel by 2015, which includes natural gas.

Unsurprisingly given the championing of gas by Pickens, his hedge fund BP Capital Management is invested heavily in natural gas firms. Two companies of which he is the majority stake-holder are also well-positioned to benefit from a shift to natural gas-powered vehicles:

BAF Technologies is a subsidiary of Clean Energy Fuels Corp. and is one of the leading North American companies in retrofitting vehicles to run on natural gas, as well as research and engineering into alternative fuel systems.

US domestic production and outlook

The increasing calls for a shift to natural gas-powered vehicles have come as the price gap between oil and natural gas has significantly widened. While oil prices have spiked on supply disruptions and anxiety over the political situation across the Middle East and North Africa, natural gas prices have remained suppressed. The Henry Hub spot price ended March at $4.32 per million metric British thermal units (MMBtu), with robust production and stockpiles remaining 68 billion cubic feet (bcf) above the five-year average, a 4.4% margin. Despite the current spot price, supply surplus, and active natural gas rig count at 891 as of April 1, the Energy Information Administration (EIA) is still forecasting that production will average an all time-high of 62.29 bcf per day for 2011. Much of this is accounted for by the 1017 horizontal rigs currently drilling for shale gas, a record-high.

Major US shale gas players include Chesapeake Energy Corp. (NYSE:CHK), Devon Energy Corp. (NYSE:DVN), EOG Resources Inc. (NYSE:EOG), and XTO Energy Inc., recently acquired by Exxon Mobil Corp. (NYSE:XOM)  Analysts forecast production to remain strong in the short-term, but in the absence of any immediate increases in demand for natural gas, expect producers to shift away from gas to oil, with West Texas Intermediate (WTI) front-month futures ending March at nearly $108 per barrel on the NYMEX.

Top Stories This Week: Tesla Gears Up for Battery Day, 3 Silver Stock Picks
Which States are Voting on Cannabis in November?
Why Investors Should Care About Tesla’s Battery Day
10 Top Cloud Security Companies