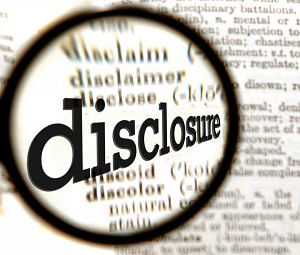 In the wake of an ongoing national debate over the threats posed by hydraulic fracturing (hydrofracking), Montana recently became the 6th US state to enact regulations which requires companies to publicly disclose the chemicals they use in their hydrofracking processes.

Montana, a relatively modest producer of oil and gas, joins heavy-hitters Texas and Pennsylvania as recent additions to a list of states that have enacted some measure of regulatory control over hydrofracking – a group which also counts Arkansas, Michigan and Wyoming among its members.

Though guidelines vary from state-to-state regarding the amount of the detail required by the disclosures and when and how they are filed, the main thrust of all the regulatory initiatives thus far has been essentially the same – greater transparency on an issue that has raised a number of environmental and health concerns in recent years.

Hydrofracking involves injecting a mixture of water, sand, and chemicals at high pressure into horizontally drilled wells. The high pressure mixture causes cracks in the rock formation and is held open by the sand. Oil and gas are released from the cracks and returned to the surface. The technique is especially prevalent with shale drilling operations, and in turn with the shale gas boom has taken off over the last decade.

The key issue of contention, however, is the nature of the chemicals used in this process, and the health and environmental threats they pose by contaminating groundwater, rivers and lakes. Methane in particular has already been found to have contaminated water sources in areas where hydrofracking has been carried out, a phenomenon infamously documented in the 2010 film Gasland when tap water in Pennslyvania was filmed being ignited.

But with the EIA predicting shale gas could make up 45 percent of the gas extracted in the US by 2035, producers have become keenly aware of the threats of too much stubbornness on their part in the face of mounting criticism. Moratoriums on hydrofracking have already been imposed in New Jersey and New York, the latter a huge blow to companies looking to tap the northern reaches of the massive Marcellus Shale.

The collective response from oil and gas producers has been both a steadfast defence of the practice of hydrofracking, and acquiescence to greater transparency regarding the nature of their operations.

“As an industry we have to get out there because it’s (oil and natural gas production) so vital to the nation’s interest,” commented the American Petroleum Institute’s chief economist John Felmy in a recent interview. “[But] you gotta do it right or you won’t be able to continue to operate.”

Many producers across the US now voluntarily disclose the chemicals they use for hydrofracking, information which is accessible to the public through the Frac Focus joint initiative from the Water Protection Council and the Interstate Oil and Gas Compact Commission.

Because this initiative is voluntary, state governments have increasingly sought to prevent any foot-dragging by ensuring that all companies are subject to disclosure. But despite the usual industry grumblings over tighter regulations, producers have so far proven to be fairly receptive, the Marcellus Shale Coalition that represents gas drillers in Pennsylvania even declaring that they were “overwhelmingly on-board” with the state’s new disclosure regulations.

One aspect of these new regulatory systems that has still come under fire, however, are the exceptions permitted for chemicals and compounds which companies classify as ‘trade secrets’.  All six states require chemicals deemed hazardous to be disclosed publicly, but those considered to be trade secrets can be either be deemed exempt by the company at their own discretion, or filed with the regulatory body and kept in confidence, inaccessible to the public.

What can and can’t be considered a trade secret varies from state to state – in Arkansas the broader chemical family name of a trade secret chemical must be listed publicly, while in Pennsylvania and Michigan trade secrets are completely inaccessible to the public.

Future regulatory initiatives from other states will likely offer a mixture of tighter and looser requirements, although many expect Texas to be used as a template given its prominence in the industry. Unlike the other five states, regulations on disclosure in Texas have been passed as law, though they won’t come into full effect until July 2012.

The broader battle over hydrofracking, meanwhile, will take longer to play out. The US Environmental Protection Agency (EPA) has planned a study that will look at five sites across the country to determine whether there is any evidence of water contamination. This is expected to last into late 2012, with their final report slated for 2014.