The rapidly growing shale oil industry in Texas could signal a coming oil boom for the United States. 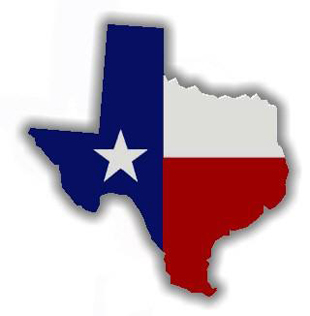 Texas has always been known for its oil, but the black stuff has been overshadowed recently by the ‘game-changing’ shale gas boom in the state and across the rest of the country. The Barnett, Woodford, Haynesville, and Eagle Ford shales all contain significant and commercially viable deposits of gas, which has attracted a number of drillers to these formations, looking for a piece of the action. All this attention has, however, also turned up a surprising amount of oil in a place that has been drilling steadily for over one hundred years. Analysts now believe these new discoveries in Texas and other states could signal the beginnings of another oil boom in the United States, and importantly, help wean the economy off of imported foreign oil.

Despite a recent surge in domestically produced oil, the 5.5 million barrels per day (bpd) of crude produced in 2010 is nowhere near the all-time high of 9.7 million bpd in 1970, and is only just returning to levels seen in the early 2000’s. Further discoveries of conventional onshore crude oil in the United States have been expected by most in the industry to be limited at best, and the hunt for new deposits has long been shifted offshore, primarily to the Gulf of Mexico.

The Deepwater Horizon spill of 2010 put the brakes on much of this off shore exploration, and cast doubts on future operations in the Gulf.  A moratorium on drilling was lifted in October of last year, but few permits have been issued since and industry players believe the government is maintaining a de facto moratorium. Onshore shale oil, therefore, presents an extremely attractive scenario for both the US government and oil companies: a boost to domestic production that would reduce dependence on imported foreign oil, while avoiding the cobweb of environmental and political issues involved with off shore drilling in the Gulf.

Shale Oil in the US

Shale oil, which is recovered through a similar process to shale gas, is costlier to develop than conventional crude oil, and as such has not been economically viable to produce until recently. A RAND Corp. study found in 2005 that crude oil would have to range from $70-95 per barrel for shale oil to be economical, but also estimated that this threshold could decrease to $35-48 per barrel within 12 years, once second-generation facilities and processes are established. Technological advances have since led to claims that a threshold of even $20-30 would make shale oil viable.

North Dakota, in fact, has been producing shale oil in increasingly significant amounts over the past few years – close to 460,000 bpd from the Bakken formation alone in 2010. By 2020 this could increase to 1 million bpd, with estimates for the total amount of technically recoverable oil in the region ranging from 2.1-4.3 billion barrels. Small to mid-size companies such as Continental Resources Inc. (NYSE:CLR), Whiting Petroleum Corp. (NYSE:WLL), and EOG Resources Inc. (NYSE:EOG) are some of the established players in the Bakken, and larger companies like Marathon Oil Corp. (NYSE:MRO) are now beginning to throw their weight around as well.

A more familiar stomping ground for those in the oil business is now starting to look just as promising. The Eagle Ford shale in Southern Texas is currently producing between 50,000-100,000 bpd of shale oil, but this could rise to 750,000-800,000 bpd in the near future. Given the infrastructure already in place, it is anticipated that output will be ramped up quickly, and analysts have estimated that close to $25 billion will be invested this year in the exploration of shale oil formations in Texas and elsewhere in the US.

Many of the same players active in the Bakken are setting up shop at the Eagle Ford, such as Marathon, EOG, and Whiting, and other large leaseholders include Apache Corp. (NYSE:APA) and Carrizo Oil & Gas Inc. (NASDAQ:CRZO)

Speaking Monday about the Eagle Ford shale and the outlook for shale oil in the US in general at the RBC Capital markets Global Energy and Power Conference in New York, Jim Brown, COO for Whiting stated that “gas will come back at some point, but over the next five to seven years, the great returns will be in oil.”

6 responses to “Shale Oil to Set-off US Oil Boom?”