The European Union may have given North American oil and natural gas producers the cold shoulder in the past, but now European countries could be considering cross Atlantic suppliers as one possible alternative to Russian gas supplies. 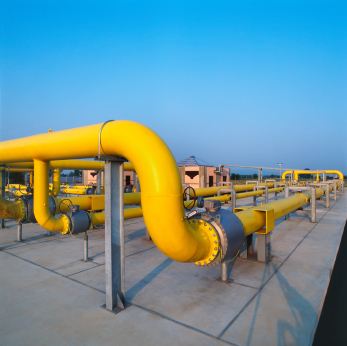 The European Union may have given North American oil and natural gas producers the cold shoulder in the past, but now European countries could be considering cross-Atlantic suppliers as one possible alternative to Russian gas supplies.

Europe is assessing its options in the wake of two massive price increases for Russian natural gas for the Ukraine last week. Prices increased from $285 to $385 per thousand cubic metres after the country failed to meet debt repayments to Russia, then rose again to $485 per tcm after Russia retracted a $100 discount following a cancelled Black Sea Naval hosting agreement, according to Reuters. If the Ukraine keeps failing to make payments, Russia’s Gazprom can cut off natural gas flows altogether, as it did in 2009.

In theory, natural gas price increases for Ukraine should not affect the rest of Europe. However, as the Economist points out, 80 bcm of Europe’s supply flows through the eastern European nation every year, so the EU will definitely take a hit if the Ukraine gets cut off. Russia could circumvent the Ukraine to some extent by increasing flows to Germany from its “newish” Baltic Nord Stream pipeline, but the Soviet Nation is already feeling the pulse in Asian markets while the U.S. and EU maintain their intentions to switch away from Russian gas.

So what other options does the EU have if it really wants to commit to moving away from Russian natural gas?

Summer is coming, which makes the issue less pressing, furthermore, the use of cross-border interconnecting pipelines could allow countries that have ample gas stores to share with have-nots, at least for the time being. However, cross-border infrastructure is limited, so this would not be a long term answer.

The U.S. has touted its own reserves as a solution to Europe’s perceived energy problems, with four U.S. ambassadors writing letters requesting fast-tracked export licenses while President Obama discussed the situation with EU leaders at an energy council meeting in Brussels last Wednesday. Unfortunately, as Steve Mufon of the Washington Post, along with several others, points out, the U.S. cannot beat Russia’s prices when it comes to natural gas. Furthermore, the U.S. currently lacks sufficient LNG export facilities, and those in the works won’t be operational until 2015 at the earliest.

Last Thursday, ITAR-TASS reported that several European companies are aiming to form a consortium to purchase the Ukrainian gas transportation system, a drastic measure that could help both the Ukraine and Europe. Other solutions include switching to other energy sources such as oil or renewables, or even simply admonishing citizens and companies to consume energy more conservatively and efficiently in general.

There is some gas exploration taking place in Europe, but not nearly as much as in the United States. Raymond James energy analyst Pavel Molchanov told the Washington Post, “In relative terms, shale activity in Poland is by far the most active, though it’s still very much in the exploration/ ‘science experiment’ stages.”

Shell and Chevron have shale deals in the Ukraine, but neither have started exploring yet. As the Economist points out, tougher laws and public opinion create barriers to ramping up shale exploration in Europe.

Still, there are a few projects worth considering in light of Russian threats to European energy security. Husky Energy (TSX:HSE) has set its sights on natural gas production from the Atlantic, as Husky’s senior vice president for the Atlantic region told the Financial Post, “ There was a lot of investment in the Atlantic region even before the issues in Ukraine, but we are thinking there is going to be more interest in exploration from the larger European companies in particular.”

Headquartered in Dallas, BRS Resources (TSXV:BRS) strikes even closer to home for Europe with its project in Northern Italy. With upwards of 40 wells in Italy’s Po Valley, BRS hopes to develop an answer to Russian natural gas imports for European countries, and its location sets it ahead of many other LNG sources.

Overall, there is no simple solution that would allow Europe to leave Russian gas behind completely. However, one thing is clear; the Ukraine does not seem keen on giving up natural gas as an energy source, and neither does the EU. Whatever other potential solutions may exist, it would be wise to keep an eye on European natural gas exploration projects as these could be a boon for Europe if Russian prices continue to increase.