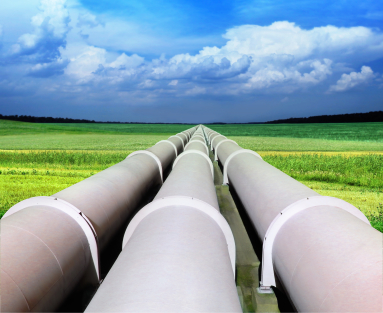 In a recent report, PI Financial looks at how Western Canada’s liquefied natural gas (LNG) industry could bring billions of investment dollars to British Columbia (B.C.). Specifically, from bringing in foreign investment to infrastructure-themed investment, the LNG industry could be just the ticket to put B.C. on the map as a global LNG exporter.

There are two countries that have been steadily feeding global — predominantly Asian — demand: Qatar and Australia. However, PI Financial writes that over the course of the next 10 years, we can expect to start seeing a decline in LNG production from those two countries. Furthermore, demand from Asia does not look to be scaling back any time soon. With LNG being viewed as a safer alternative to nuclear power, countries like Japan, South Korea and China are stepping up their game and importing more and more natural gas.

The bulk of LNG demand comes from Asia, with Japan leading the charge. In 2011, after the tsunami left the world questioning nuclear power, Japan started importing vast amounts of LNG to meet its new-found energy needs. Japan imported a record 87 million tonnes of LNG in 2011, which, given the year’s supply of 240 million tonnes, amounts to more than one-third of global LNG supply being shipped to Japan.

China is also becoming quite a significant importer of LNG. The country’s LNG imports have grown by 15 times since 2006, when its first LNG import terminal was built. Since then, China has built another five terminals and has big plans for the future, including an additional 12 import terminals to be added to its fleet. Hydrocarbon Asia expects that by 2020, LNG demand from China will have grown to 87 million tons (MT) from the current 15 MT in 2012.

As an exporter of LNG, BC has some cost advantages given its proximity to the Asian markets. In its analysis, PI writes that for “Canada cost to transport LNG to Japan is lower than other major exporters including Australia and is significantly lower than the US Gulf Coast which must pay additional fees to travel through the Panama Canal.”

Investing in BC’s LNG industry is more than just a pipe dream. There are three locations with several proposed LNG export terminals in Northern BC: Prince Rupert, with three potential terminals; Kitimat, with three potential terminals; and Grassy Point, located slight north of Prince Rupert, with several other proposals. Alongside these facilities, pipelines will also be built to support each plant.

PI estimates that if all the proposed projects are built, the result will be anywhere between $151.9 billion and $317.7 billion in investment dollars. The firm hypothesizes the breakdown of costs “[b]ased on current LNG project costs and data from Boston-based Unit Economics from around the world, we estimate that the cost per mtpa is $1,000 to $2,000 to build a liquefaction terminal and $400 to $1,000 to develop the resource. For the estimate on the pipeline costs, we have used $6M to $10M per kilometer but the difficult terrain of Northern BC could push this figure upward. In aggregate, the total cost if all the proposed projects are built is $151.9B to $317.7B.”

Unfortunately, not all the proposed projects will be constructed, as many factors, including the economics of natural gas, are likely to influence the final decisions.

Showing its support for the LNG industy in BC is Petronas, a Malaysian company that has said it will invest $36 billion in its LNG initiatives in Western Canada. The company’s investment includes “the acquisition of Progress Energy (TSX:PRQ) ($5.2B), an LNG liquefaction terminal in Prince Rupert, a new gas pipeline across BC and for resource development in Western Canada.”

Though moving forward with all planned LNG terminals and pipelines would translate into billions of dollars invested in infrastructure, it is important to be aware of what factors can impact decisions.

Of the factors that could stall progress in BC’s LNG industry, the provincial government has yet to disclose its tax regime for the new market. Though a response is expected sometime in the next two months, there are some concerns. The Globe and Mail recently published an article that looks at the fate of the Kitimat LNG terminal, stating that one of the main roadblocks with the project is the tax.

Indeed, excessive taxation could hurt projects. PI expects to see “tax incentives to build infrastructure which would delay a large tax bill in the future.”

Jeff Lehrmann, president of Chevron Canada (NYSE:CVX), told reporters in Calgary that he believes the BC government understands “that the economics of the project and the royalties and the taxes are one key component for the return on investment.”

Environmental approval is also required for any of the bigger LNG projects on the horizon. To date, the only terminal to have been granted environmental approval is Kitimat LNG. Of the remaining projects, LNG Canada, Prince Rupert LNG and Pacific Northwest LNG are waiting to see what the approval process will net them. Should these projects be found up to spec, the market would see more cause for investment, PI states.

With a lot of effort being put into getting the LNG industry off the ground, PI Financial believes that this new market is creating the right conditions to invest in infrastructure companies. From companies involved in building pipelines, terminals and homes in the areas of interest, to the companies extracting aggregate for construction, there will be a lot of work to be done in the coming years to meet deadlines and production targets.

Of the companies it recommends, here is a junior resource company that PI sees benefiting from the LNG industry:

Highbank Resources (TSXV:HBK) has a 100-percent working ownership interest in the Swamp Point gravel deposit located in BC. With the construction of LNG plants in Kitimat and Prince Rupert, the company is poised to benefit due to its aggregate project in Northern BC.