Oil prices gained as much as 1 percent with analysts offering further support; expecting a decline of 1 million barrels of U.S. oil supplies from 363.2 million last week. Oil inventories have not fallen nationwide for two consecutive weeks since January. 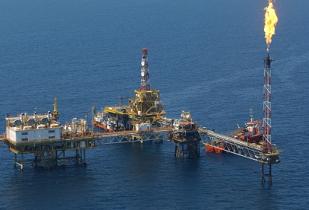 Crude oil rose for the first time in three days ahead of a report expected to show U.S. crude inventories declined a second week and following some optimistic commentary from the Chairman of the Federal Reserve.

On an ABC News interview Monday night, Ben Bernanke issued cautious optimism that the economy was improving, partly due to an increase in consumer spending.   He also acknowledged that the recovery would not be easy; however his optimistic statements helped lend support to some commodity and equity markets that have dropped steadily over the last month.

The comments are creating upward pressure on U.S. equities, which have been strongly correlated with the oil market for much of this year, with traders looking for evidence that economic growth will fuel an increase in global oil demand.  On Tuesday, oil prices gained as much as 1 percent with analysts offering further support expecting a decline of 1 million barrels of U.S. oil supplies from 363.2 million last week.  Oil inventories have not fallen nationwide for two consecutive weeks since January.

Kuwait’s Oil Minister Ahmad Al-Sabah spoke to reporters in Kuwait’s parliament expecting that prices will probably average $70 for the remainder of the year and that he considers current levels “acceptable.”  On Wednesday, the Organization of Petroleum Exporting Countries will release its monthly market account and the Energy Information Administration will present its weekly petroleum status report.

The International Energy Agency is expected on Thursday to cut its estimates of Gulf of Mexico oil production for 2015 by 100,000 to 300,000 barrels per day as a result of potentially tighter U.S. legislation on deep-water drilling following British Petroleum’s (NYSE: BP) massive spill.  Britain has suggested it would increase inspection and monitoring of North Sea drilling rigs and offshore practices following the current events in a precursor likely to be among many oversight and regulatory changes to deep-water projects throughout the world.

Increasing two vessels to BP’s current capacity for oil recovery from the leaking Gulf of Mexico well would allow for redundancy should one of the two systems break down as oil and gas continues to spill into the Gulf. On Monday, the company said it will add capacity of 5,000 barrels a day by the middle of June by hooking up a drilling rig with separate lines. After reporting a record 14,842 barrels aboard the drillship Discoverer Enterprise, BP has said the ship’s daily processing capacity is 15,000 barrels a day. By the end of June, BP intends to re-plumb the drillship containment system with a quick-release hose for tankers so that ships may detach and reconnect swiftly if a hurricane raises seas to unsafe heights.

Some scientists and researchers examining the plume estimated the leak may range as high as 25,000 to 30,000 barrels a day, however projections from the government and the company favour a smaller range. The leak is already the largest in U.S. history based on the government estimates, has polluted 225 kilometers of shoreline, cost BP more than $1.2 billion, reduced offshore drilling in the nation by 50 percent, destroyed commercial fishing interests and endangered tourist beaches in four states.  The federal government last week said it has already billed BP $69 million just for initial costs related to the disaster; although Credit Suisse estimates from June 2 indicate the spill may cost the company as much as $37 billion in litigation and cleanup costs.

VIDEO — Gareth Soloway: Gold Buying Opportunity as Weak Hands Flushed Out
Top Stories This Week: Fed Meets and Gold Price Drops, US Steps Up EV Efforts
When Will Gold Go Up?
When Will Silver Go Up?