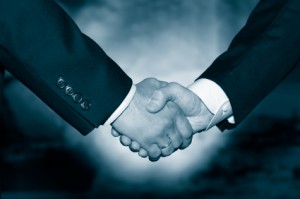 Natural gas bulls were finally given good news with the confirmation that international energy majors are turning to Canadian natural gas acquisitions, not oil sands projects, as a means of meeting increasing Asian energy demand.

The announcement comes at an opportune time for North American gas producers as suppressed prices, due to a surplus in supply and unseasonably warm weather, have resulted in a lack of demand.

A number of investors, including ExxonMobil (NYSE:XOM), currently favor liquefied natural gas (LNG) over oil sands acquisitions in Canada, according to data compiled by Bloomberg. Highlighting this news is the fact that this year three of the five largest energy acquisitions announced by foreign buyers in Canada were natural gas assets. The combined price of these deals amounts to a staggering $9.8 billion.

While many might feel that this trend is unlikely to continue given the depressed state of the North American market over the past two years, some analysts suggest that interest is likely to continue well into 2013 and will expand further in the longer term.

Robert Mark, director at MacDougall, MacDougall & MacTier, told Bloomberg, “[t]here’s a unique scramble in Canada to lock up gas assets for LNG. Asian buyers look at that as a significant opportunity.”

Acquisitions in a suffering market

Investors might very well be questioning why majors are scrambling to acquire gas assets amidst a depleted market. However, the fact remains that while prices are currently trading at low levels in North America, there are still significant price differences between North America’s gas market and that of Asia — that fact was outlined earlier this year when leading analysts suggested that the current lull in prices will further serve to entice foreign interest.

The ongoing LNG export projects currently underway on the Canadian West Coast have ensured that there is a healthy race to secure gas supplies from some of the world’s leading energy firms. There are currently three major projects moving ahead on the British Columbian coast alone, and many are under the impression that these operations will form a solid platform for the industry as they will provide a new market for depressed Western Canadian gas.

These development projects are further serving to entice foreign investors, according to Tim Marchant, an adjunct professor of energy strategy and geopolitics at the University of Calgary.

“Any time you get a major trunk line built, a lot of assets that may have been considered stranded, become attractive because you can evacuate them,” he told Bloomberg. “Asian state-owned oil companies are planning in a very holistic way for energy demand over the next few decades and North American gas is cheap if you want to add reserves.”

The list of foreign buyers this year includes a who’s who of industry names, such as Mitsubishi (TSE:8058), ExxonMobil and Petronas, Malaysia’s state-owned oil and gas company.

However, while natural gas investors might be licking their lips at the idea of foreign takeovers, it seems that the Canadian federal government is growing increasingly wary of this year’s surge in merger and acquisition activity.

In August, stakeholders overwhelmingly approved the bid; however, Christian Paradis, minister of industry, responded by stating that he is “not satisfied that the proposed investment is likely to be of net benefit to Canada.”

The energy giant has since confirmed that it has extended the deadline for its takeover in the hope that it can convince the government that the deal would benefit the country.

In an interview with CBC, Norm Lamarche, a portfolio manager at Front Street Capital, stated that it is difficult to see why the deal would not be of benefit to Canada.

“The $6 billion is just the beginning of spending, so how can that not be in the best interest of Canadians?” asked Lamarche. “This is a gift.”

Financial analysts also suggest that if the Petronas deal falls through, the likes of ExxonMobil or UK gas giant BG Group (LSE:BG) may very well step in as potential buyers.

Canadian oil sands reserves still require a substantial amount of capital to get product to market, so many investors are beginning to feel that cheap natural gas will create a healthier return on investment in the longer term. Foreign firms, especially those based out east, are giving the impression that Canadian gas reserves, and even conventional crude deposits outside of the oil sands, are a less risky investment.

While this investment landscape might very well change if North American natural gas prices surge, they would have to do so at a staggering rate in order for interest to wane. The price differentials between these two regions are monumental, and with the market chomping at the bit for affordable energy, Canadian gas projects are sure to attract increasing levels of interest over the next six to 12 months.

The federal government may push to add more regulatory red tape to these deals, but it will be hard pressed to prove to the Canadian public that these acquisitions will not benefit the national economy as a whole. A struggling market today could very well lead to a prosperous sector tomorrow.

The Decentralization of Healthcare: Teleradiology on the Rise
5 Top Oil and Gas Dividend Stocks
US Cannabis Prepares for M&A in Anticipation of Legal Changes
5 Top Weekly TSXV Stocks: Red Pine Up 125 Percent on Wawa News