Although Chevron was fined $28 million and had its drilling rights in Brazil suspended for the recent offshore oil spill at their Frade field, some industry experts suggest the company will be able to avoid a long-term ban. 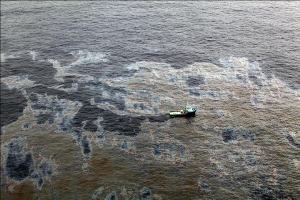 Chevron Corp. (NYSE:CVX) is likely to avoid a long-term offshore drilling ban in Brazil despite being slapped with a $28 million fine and a suspension of their drilling rights in the country following a spill at their Frade field, according to industry experts.

Brazil’s National Petroleum Agency (ANP) formally suspended Chevron’s drilling rights on November 23 after the company publicly admitted that an appraisal well it was drilling in the Frade field was the cause of a spill that had leaked roughly 2,400 barrels of oil. A day earlier, the ANP had handed out a $28 million fine to the company.

But, even with the swift punishment meted out by the ANP, some industry experts believe Chevron will be able to avoid a lengthy ban in Brazil.

Speaking to Reuters, former Petrobras (NYSE:PBR) top executive Ildo Sauer noted that Chevron spill was indicative of a broader set of issues facing the entire offshore drilling sector in Brazil rather than an isolated incident tied to Chevron.

“The spill shows that nobody was properly prepared, not Chevron, not the government, not the regulators,” explained Sauer.

Petrobras, the Brazilian oil and gas giant guaranteed a minimum 30 percent stake in all offshore joint ventures, has itself endured a recent series of accidents on some of its offshore platforms that could have a bearing on how eager regulators will be to levy harsher penalties on Chevron.

Another factor that could soften any further blows for Chevron is how quickly the company moved to take full responsibility for the incident and to deploy the resources necessary to take care of it.

The spill, first reported by Chevron on November 10, was initially deemed to be a natural seep from the seabed, and unrelated to the company’s drilling activities in the Frade field.

A company statement on November 10 indicated that “an inspection of the Frade facility has determined that production activities are unrelated to the sheen and production is continuing.”

Chevron subsequently revealed on November 12 that it had halted the drilling of an appraisal well at its Frade project three days earlier, and announced on November 14 that it had started the process of sealing and abandoning the well in question, which it believed was the cause of the oil seepage.

A week later on November 20, Chevron Brazil country manager George Buck stated that “Chevron takes full responsibility for this incident,” which was apparently due to a misjudgment of reservoir pressure and rock strength under the seabed.

Having been fined by the ANP on November 22, Chevron preemptively suspended all of its offshore drilling operations in Brazil the following day, shortly before an announcement was delivered from the ANP that formally suspended the drilling rights of the American super major.

Whether or not Chevron’s actions in the days after the spill do have any bearing on further action by the ANP, they will certainly not be the only ones under the microscope.

Transocean Ltd. (NYSE:RIG) is the owner of the Sedco 706 rig that was drilling the well that produced the spill, and this latest incident comes at a time when Transocean is still engaged in a legal tussle with BP plc (LSE:BP) over liability related to the Deepwater Horizon spill in the Gulf of Mexico.

Chevron holds a 51.7 percent interest in the Frade field and is operator of the joint venture with minority stakeholders Petrobras (30 percent), and Frade Japão Petróleo (18.3 percent), itself a venture between Japanese firms Inpex Corp. (TYO:1605) and Sojitz Corp. (TYO:2768).

First production was in 2009, and output from the field, which according to Chevron has not been disrupted, is currently 79,000 barrels of oil equivalent (boe) per day.