In the quests to find both domestic sources of transportation fuel and value-add processes that leverage our natural gas supply, particularly our stranded and flared natural gas, DME production stands out as a promising solution that could prove to be a significant component of America’s energy future.

By Daniel Kauffman and Bob Riedford 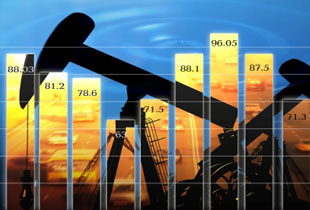 The United States is blessed with an abundance of natural gas. In less than a decade our perspective on our natural gas reserves has changed dramatically – what was once a precious commodity to be vehemently protected is now a source of sustainable competitive advantage. Though some of the natural gas will be exported by turning a couple of our now unneeded import terminals around, it would be much more advantageous to instead find domestic uses for the natural gas.
Much of our domestic natural gas supply is currently out of reach or, worse yet, wasted. Natural gas (specifically methane) is often produced alongside oil or sometimes with a mixture of light compounds known as natural gas liquids (ethane, propane and butane). Natural gas is often an unwanted byproduct and in many cases no processing or transport infrastructure is in place to bring the gas to market. As a result, at oil and gas fields nation-wide much of this gas is burned in flares which, though better than venting it into the atmosphere, is still polluting and wasteful.
Despite an extensive network of natural gas pipelines, a significant portion of U.S. natural gas supply is stranded, lacking infrastructure to bring it to market. Overland transport of natural gas in a liquefied state by tanker truck or train is energy intensive and requires keeping the gas under high pressure and cryogenically frozen throughout the process.
States with significant flared gas, such as North Dakota (where about one third of produced natural gas is flared), or significant stranded gas such as Louisiana, Pennsylvania, and Wyoming, would welcome new ideas as to how bring this excess natural gas to market. Short of building expensive new pipelines to transport it or power plants to burn it, what can we do with this unused natural gas?

Grab Your Free Report Today!
Enter DME
Dimethyl ether, or DME, behaves much like propane, transportable in propane tanks and combustible with propane when blended. DME is water soluble, non-toxic, and biodegradable in the event of a spill or other handling accident. And DME can be made from natural gas.
The refining process from natural gas to DME is straightforward. As with other gas-to-liquids processes, the first step is conversion to syngas, a mixture of hydrogen, carbon monoxide, and carbon dioxide. This syngas is then synthesized into methanol. Finally, DME is produced through a methanol dehydration reaction. Water is the only significant byproduct of the refining process.
DME as a Transportation Fuel
Though DME behaves like propane, it can be burned in compression ignition engines and is therefore a potential substitute for diesel fuel. Diesel engines require only minor modification to be able to burn DME, and DME preserves the ~30% greater efficiency of compression engines that burn diesel over spark ignition engines that burn gasoline.
As a fuel, DME has significant technical and environmental advantages. DME has a high cetane number (reflecting good combustion quality), has very low emissions of NOx and CO, is sulfur free, produces no soot, and is not a greenhouse gas. A technical concern with DME, namely low lubricity (which can lead to degradation of on-board fuel handling equipment such as fuel pumps and injectors), can be easily addressed by adding simple, oil-like additives at low doses.
DME can help commercial carriers achieve goals associated with efficiency improvement programs such as the EPA’s SmartWay. By converting some of their truck fleets to DME, commercial carriers will be substituting oil-derived diesel with a fuel that can be made not only from natural gas, but also from other domestic sources such as landfill and animal wastes. With some large carriers seeing over 60% of their operating costs allocated to fuel, DME-powered trucks can be a major part of carriers’ plans to improve their operating margins while reducing their near 100% dependence on diesel fuel.

Learn How To Invest In The Oil And Gas Industry

Check our report for valuable information


Grab Your Report!
DME Pilots
China is by far the world’s largest consumer of DME, accounting for about 90% of global consumption. In China DME is used in much the same way that propane is used in the U.S. In China, DME made from coal is used for residential heating and cooking as well as for industrial uses. The city of Shanghai recently announced plans for a pilot program to burn DME in test fleets of buses, taxis and commercial trucks in a bid to reduce particulate emissions while also reducing dependence on oil imports.
Volvo Trucks recently developed a DME fleet in cooperation with the European Union. Through a pilot program, a wood pulp byproduct called black liquor is converted into DME in four plants in Sweden to supply the trucks. These DME powered trucks operate as ultra clean low emissions transport vehicles throughout Sweden.
A similar pilot program to the one in Sweden is underway in Texas through a commercial collaboration between Martin Transport, Volvo Trucks and Oberon Fuels (which currently has one small plant producing DME in southern California). The program was first conceived as a way to help meet aggressive new EPA standards for both air pollution and fuel economy that were first implemented in 2010 and are steadily increasing in stringency over time.
Shortfalls of other alternative fuels
Compressed natural gas (CNG) and liquefied natural gas (LNG) are currently being explored as alternatives to diesel fuel for trucking fleets, and both have significant drawbacks compared to DME. CNG engines, though well suited for medium-duty short haul applications, have proven inadequate for heavy-duty long haul commercial trucking. Poor fuel economy limits the range of CNG trucks, thus requiring more fuel stops and resulting in a less productive truck fleet. Also, CNG fueling requires the installation and running at fueling stations of costly and energy intensive gas compressors that pressurize on-board CNG fuel tanks up to the 3000 to 3600 psi required.
LNG, though capable of producing the power required for long haul trucking, also suffers from significant drawbacks. As with gasoline and CNG engines, LNG engines require spark ignition systems for combustion and therefore lack the fuel efficiency of compression engines burning diesel or DME. Furthermore, the need to store LNG at temperatures below -260 0F doubles the cost of fuel tankers for transportation and more than quadruples the cost of on-board fuel tanks on the trucks themselves, leading to higher costs and therefore lower operating margins for commercial carriers. Because fuel tank temperatures vary as trucks travel, fuel must be vented from the LNG tank into the environment in order to maintain a safe tank pressure and proper system operation. DME, on the other hand, can be stored lightly pressurized (around 75 psi) without venting losses at ambient temperatures much like propane can, and so it is less costly and polluting to transport and store.
Volvo recently tested eight different alternative fuels for their long-term suitability to the trucking industry along criteria including energy efficiency, cost, infrastructure, and climate impact. DME came out on top, beating out CNG, LNG, ethanol and biodiesel.

Grab Your Free Report Today!
Challenges with DME
DME has significant benefits as a trucking fuel, but it also has several economic disadvantages. First, though DME as a transportation fuel does not currently have a market in the U.S., methanol has a market as a chemical feedstock, a transportation fuel, and other applications. As methanol is an intermediate product in the methane-to-DME refining processes, the price spread between diesel and methanol must be significant enough to incentivize the refiner to make DME instead of simply selling methanol.
No matter how promising the fuel, competing with diesel is no easy task. Diesel fuel is widely available due to existing distribution infrastructure that ensures its accessibility. Other than ethanol, which can be blended into gasoline, all other new transportation fuels have struggled to gain adoption given their respective infrastructure requirements. Though there will certainly be pockets where the economics tilt towards DME, diesel has significant incumbent advantages.
Conclusion
Intriguingly, the DME refining process consumes carbon dioxide. As such, the process can be made more efficient by collocating DME refineries with supplies of carbon dioxide, such as power plants or industrial facilities (which would feed off of the same abundant natural gas supply available nearby). The prospect of a practical fuel that consumes carbon dioxide in its refining process should be exciting news for anyone seeking carbon-reducing technologies for our transportation sector.
In the quests to find both domestic sources of transportation fuel and value-add processes that leverage our natural gas supply, particularly our stranded and flared natural gas, DME production stands out as a promising solution that could prove to be a significant component of America’s energy future. DME production would open up new revenue streams for LPG producers, fuel distributors, retailers, and numerous companies in the value chain of fuels refining, but first DME needs to get off the ground with successful domestic pilots. Companies and investors looking to help launch a DME transportation industry in the U.S. will have the opportunity to make, and save, significant money by placing the right early bets on DME.

Learn How To Invest In The Oil And Gas Industry

Check our report for valuable information

About the Authors:
Daniel Kauffman, President of Terracel Energy, is an energy technology entrepreneur, investor and consultant.
Bob Riedford, President of Riedford Management, Inc., is a consultant to the transportation and alternative energy sectors, and is an active investor and entrepreneur.
Both Daniel and Bob are based in the Research Triangle area of North Carolina.
This article is not exclusive to the Investing News Network.

12 responses to “Dimethyl Ether: The Most Promising Fuel You’ve Never Heard Of”