As natural gas prices in Asia continue to rise, more investors are shifting their attention to coalbed methane, a commodity with characteristics similar to conventional natural gas. 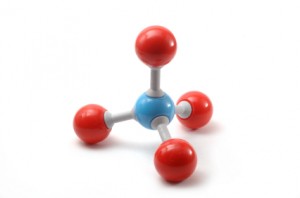 As Asia struggles to cope with rising natural gas prices, many producers are shifting their attention to unconventional gas resources.

One of the main areas of interest in the hunt for more affordable energy is coalbed methane. CBM, called coal seam gas in some parts of the world, is a naturally occurring methane gas with characteristics similar to those of conventional natural gas.

Coal mine degasification and safety techniques were first developed in the United States during the 1970s. Since then, the CBM sector has become commercially established, with ongoing advancements in extraction and production techniques allowing successful CBM production to be recorded across a wide range of coal types, ages and geological settings.

How is CBM created?

When plant material, such as roots, bark and wood, is deposited in swamps or swampy lakes, it undergoes bacterial and chemical changes and eventually forms a peat deposit. Over millions of years, as the peat is buried deeper under layers of sand and mud, it develops into brown coal, then bituminous coal and eventually hard, anthracite coal. This sequence is known as the coalification process.

As this coal is formed, the decomposing organic material produces methane gas, as well as nitrogen, carbon dioxide and other gases. The burial process puts pressure on the coal, which keeps much of the gas contained.

It is this production process that makes CBM an unconventional gas: it is contained in difficult-to-produce reservoirs that require special completion, stimulation and/or production techniques to achieve economically viable production.

How is CBM extracted?

CBM and natural gas rely on similar extraction methods: namely, both are obtained by drilling a well into a coal seam. The sides of the well are then “cased” with cemented steel pipe; after that, small holes, known as perforations, are created in the wall of the casing to allow CBM to flow through into the well bore and up the casing to the surface. Seams are often stimulated, or “fractured,” to allow the CBM flow more freely, and in some cases, wells are drilled horizontally.

When drilling holes into seams, CBM operators pump out groundwater. Removing this groundwater from the formation is necessary as it reduces pressure and produces flowing natural gas by allowing the methane to be released from the coal.

How do CBM wells produce?

In general, coalbed methane wells go through three stages during a production cycle, according to a Kansas Geological Survey publication. During the dewatering stage, more water than gas is initially created; however, as production continues, the volume of water decreases as the volume of methane grows.

At that point, a stable production stage is reached. During this period, maximum methane is produced and water production becomes stable. When the decline stage begins, the amount of methane produced declines until it becomes uneconomic to continue production.

What countries are major producers?

The US still dominates global output with nearly 5 Bcf per day of production and about 20 trillion cubic feet (Tcf) produced to date; however, production is expected to fall in the long term as a result of resource maturity and depletion, as well as falling North American gas prices. Australia is considered a frontrunner to displace the US as the top-ranked producer.

While CBM production in China and India remains low, at 150 and 10 million cubic feet per day, respectively, there has been a shift in focus to increasing production as natural gas prices in Asia continue to rise. Production in the region is expected to reach 98 billion cubic meters by 2020, with Australia expected to contribute over 60 percent of this total; China and India are the next major contributors.

While the companies producing CBM in North America are largely well known, many investors are shifting their attention to the progress being made out east. The region hosts some of the most highly industrialized countries in the world, including Japan, South Korea and China, along with India and China, two of the most highly populated and energy-demanding countries.

The sector’s market potential was highlighted last month, when China confirmed its plans to allocate more funds — and encourage private capital to exploit — its large CBM reserves. The announcement was made by the country’s National Energy Administration, which estimates China’s CBM reserves at 36.8 trillion cubic meters, according to a China Daily report. That gives the country the third-largest reserves in the world after Russia and Canada. China plans to complete construction of two major CBM production bases in the central and western regions by 2015 and will increase that number to three to five within another 10 years.

“Asia-Pacific is a major natural gas market, with the potential to become the largest gas market in the world in the future. The existence of substantial coal reserves, particularly in Australia, China and India, provides opportunities for companies to undertake CBM exploration and development activities,” states a GlobalData press release.

Active players in the Asian region

This junior boasts significant upside potential in that Indonesia has one of the largest CBM resources in the world, with a potential 453 Tcf in place, more than double the country’s natural gas reserves. The company also has strong institutional support — a fact that was underlined when its share price rose 22 percent in the 12 months ending March 1, 2013.

NuEnergy Gas (ASX:NGY) is an emerging gas and ancillary power generation development company with an immediate focus on establishing unconventional gas exploration and production in Indonesia and East Africa.

The company’s overall strategy is to rapidly prove up CBM and shale gas resources and bring these to production through small-scale power generation, compressed natural gas and liquified natural gas via connection to the local gas grid. The company’s website that states that it has secured strategically located CBM and shale gas concessions in areas where the gas and power markets are “significantly undersupplied.” Its target areas also benefit from being located close to large-scale energy infrastructure that is able to transport CBM to market swiftly and effectively.

The company is focused on developing 653 square kilometers of CBM land in Western China along the Southern Junggar Basin. Estimated to contain a significant amount of natural gas, the project is the first ever CBM PSC signed between state-owned China United Coalbed Methane and a foreign company to date.

This junior differs from a number of other explorers in that it has strong partnerships with upstream associated businesses, such as seismic and drilling contractors, service rig operators, engineering firms and various scientific, technical, service and supply companies.