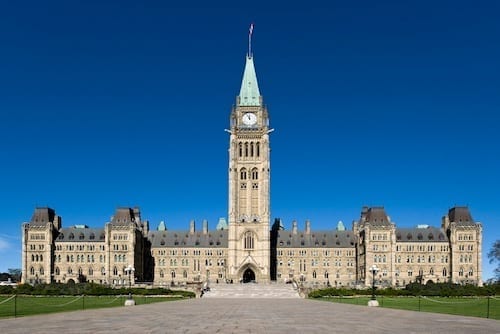 The Canadian government will buy Kinder Morgan Canada’s Trans Mountain oil pipeline for a whopping C$4.5 billion. The purchase is an effort to save the controversial pipeline and appease potential investors.

The Canadian government will buy Kinder Morgan Canada’s (TSX:KML) Trans Mountain oil pipeline for a whopping C$4.5 billion. The purchase is an effort to save the controversial pipeline and appease potential investors.

The federal decision comes only days ahead of a May 31 deadline from Kinder Morgan. The company had asked for assurance that its planned expansion could move ahead without provincial resistance.

Canadian Finance Minister Bill Morneau had proposed three options to further the pipeline’s expansion; however, the government decided to purchase the cross-provincial pipeline and all of Kinder Morgan Canada’s core Trans Mountain assets through a newly established crown corporation.

The plan now is for the government to finish the project, then sell it to the highest bidder so that Canadian taxpayers aren’t left footing the bill.

“That’s why we chose not to provide a subsidy to Kinder Morgan, but rather to enter into a commercial agreement that will make the most of the economic potential of this project,” Morneau told the press.

“It’s an agreement that we believe will deliver a real return on investment for the benefit of British Columbians, Albertans and all Canadians.”

The 65-year-old, 1,150-kilometer pipeline transports roughly 300,000 barrels a day, and is key to bringing Canadian oil to the global marketplace. The expansion is slated to carry more oil from Alberta’s oil sands to a BC port where there is greater access to both foreign markets and increased price points.

The government is hoping the multibillion-dollar buy spurs international business and entices investors away from the US, where loosened regulations and tax incentives have lured business away from the Great White North.

Critics of the purchase feel it will hinder more than help Canada’s international business prospects.

“If we thought our investment climate before this was bad — and we did — it’s really bad now,” said Martha Hall Findlay, president of Calgary think tank Canada West Foundation. “The message that this sends is ‘We can’t get anything built in this country but, don’t worry, we’ll buy it out.'”

Many expect that the new federal ownership will help smooth out some of the provincial roadblocks Kinder Morgan faced when it first set out to expand the oil line, including a legal case launched by the BC government and protests from environmentalists and First Nations groups.

“When we are faced with an exceptional situation that puts jobs at risk, that puts our international reputation on the line, our government is prepared to take action,” Morneau told reporters.

Theoretically the feds can step in and overrule any motion by BC, which is likely to happen now that Canada is the owner and future builder of the pipeline.

On top of the initial C$4.5-billion price tag, it is estimated that the project will cost an additional C$7.4 billion to complete. That’s a massive amount that analysts aren’t sure is worth the investment.

The Canadian oil sector has been struggling to keep its head above water over the last 12 months. Heightened competition globally, production cost woes and regulatory uncertainty have not helped.

Add to that increased competition from the US and a recent production increase in Saudi Arabia and Russia, and it’s easy to see why many believe the oil industry in Canada is at a global disadvantage.

He added that the pipeline expansion opens up the option of exporting to Asian markets, a move that will be key as Canadian oil competes on an ever-growing world stage where oil is cheaper to produce and easier to transport.