The past week has been an eventful one for the potash sector following BHP Billiton’s (NYSE:BHP) unsolicited bid to takeover Potash Corporation of Saskatchewan (NYSE:POT). 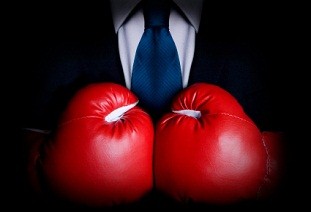 The past week has been an eventful one for the potash sector following BHP Billiton’s (NYSE:BHP) unsolicited bid to takeover Potash Corporation of Saskatchewan (NYSE:POT). This bid was immediately rejected by Potash Corp. Since then, a great deal of business maneuvering has taken place. First, BHP went hostile in its attempt to takeover Potash, and secondly Potash Corp planned their strategy to safeguard against BHP’s takeover.

Potash Corporation began fighting back once it appeared that BHP would go hostile.  Their first move was to adopt a shareholder rights plan, their second move was to open talks with other possible suitors.

Currently, a consortium of investors is conducting feasibility studies into a bid for the Potash giant. The leader of this effort is a Chinese private equity firm known as Hopu Investment Management Co, at least according to one anonymous source. The source added that the consortium has yet decided whether or not it will make an offer to the Canadian company. Separately, Sinochem, the largest chemical products supplier in China, is keeping a close eye on BHP Billiton Ltd.’s potential hostile takeover of Potash, according to a Sinochem executive.

It is no surprise that these alternative suitors are coming from China. China definitely needs to secure a long -term, stable supply of potash, and a purchase of Potash Corporation of Saskatchewan, the world’s largest producer, would easily achieve this goal.

China currently needs to feed about 20 percent of the globe’s population on only 7 percent of the world’s arable land, according to Informa Economics, the US-based agribusiness consultancy. Food security is a prime concern of China, and potash is needed to fertilize crops and maximize yields.  China has adequate domestic supplies of nitrogen and phosphate fertilizers; however, the country does not have nearly enough domestic potash production to meet demand. The urgency inherent in the country’s shortage of potash supplies was recently summed up by The Chinese Academy of Sciences, a think-tank that advises the government.  In a recent report, the the Academy commented that China’s reliance on potash imports “may become a major threat to its fast developing national economy and long-term strategic needs.”

In addition to China’s intense need for potash, its reliance on imports subjects the country to uncertainty in prices.  Because Canada and Belarus control the majority of the potash sector, the market has been subject to rapidly steep price fluctuations. If China were to acquire Potash Corp, the country would have a more stable supply of the necessary crop nutrient at an affordable price.

China has the world’s sixth-largest reserves of potash and the country has been aggressively expanding domestic potash production, however, domestic deposits will never be able to meet the countries growing appetite for potash. China imported about half of its potash last year, with most of it coming from Canada. Domestic production is 3 million tonnes to 4 million tonnes annually, with potash demand last year at 7.9 million tonnes.  Hence, China is working to invest in companies to develop international reserves.

BHP will keep pushing for the acquisition to go through. Marius Kloppers, the chief executive of BHP Billiton, will fly to America next week for face-to-face talks with investors controlling at least 20 percent of Potash Corp of Saskatchewan. The trip is part of a planned two-week investor roadshow where BHP will showcase the company’s annual results to shareholders. At the same time, BHP will take advantage of the fact that half of the mining company’s North American shareholders are also investors in the Canadian potash producer. Among the common shareholders in the two companies are Capital World Investors, which owns 7.07 percent of Potash Corp, Blackrock (3.89 percent), RBC Asset Management (2.85 percent), Harris Investment Management (1.66 percent), Marsico Capital Management (1.21 percent) and Caisse de Dépôt et Placement de Québec (1.18 percent). There are many more BHP investors with stakes of just less than 1 percent in the target company.

BHP also announced this week that if their bid for Potash goes through, they seek to exit the jointly-owned marketing arm Canpotex. BHP added that at the same time, it will honor “existing commitments and contractual arrangements,” in one of a series of filings to the U.S. Securities and Exchange Commission.