An overview of companies among the top holdings of the BMO Junior Gas Index ETF. 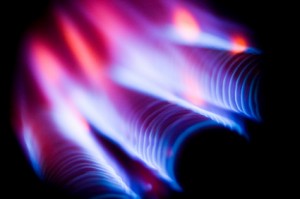 Investors looking for plays on junior gas companies may want to consider those among the top holdings of the BMO Junior Gas Index ETF (TSX:ZJN), one of just a small handful of funds focused on junior companies in the gas sector.

Launched in May 2010, the fund is designed to replicate the performance of the Dow Jones North America Select Junior Gas Index, which invests in junior companies in the US and Canada that have the majority of their business derived from gas-related activities.

Below is an overview of the BMO Junior Gas Index ETF top 10 holdings, which account for 53.17 percent of the fund’s portfolio.

Chart specializes in equipment and processing systems for the natural gas sector, and is an industry leader in the design and fabrication natural gas liquefaction equipment. The company provides components for use in the ConocoPhillips (NYSE:COP) Optimized Cascade Process for liquefying natural gas, and holds a patent for its own liquefaction technology, the IPSMR process.

Trilogy was formed out of a spinoff by Paramount Resources in 2005, and is focused on tight gas plays that can be exploited through horizontal drilling. The company’s core property is in the Kaybob area of Central Alberta, which contributes over 90 percent of its overall output. Trilogy has forecast production in 2012 will hit 138 Mmcf per day, and have listed total proved reserves of 230.6 bcf.

Oklahoma-based Gulfport have producing assets in two locations on the Louisiana coast, which account for over 85 percent of its current average output per day of 6,290 barrels of oil equivalent (boe), and one in the Permian Basin in Western Texas. The company also holds acreage in the Utica shale in Ohio, and the Niobara shale in Colorado.

McMoRan’s operations are primarily focused on “deep and ultra-deep gas plays” in the shallow waters of the Gulf of Mexico. The company also holds producing assets onshore in Texas and Louisiana.

Operating primarily out of the producing regions in Texas and Louisiana, Targa is one of the largest independent mid-stream companies in the US, specializing in the processing, transmission and storage of gas and natural gas liquids (NGL).

Bill Barrett is active in Colorado, Wyoming, and Utah, and has claimed 1,118 bcf of proven reserves. Average production across its properties is roughly 243 MMcf per day, and its Powder River basin play in Wyoming  is targeting coal-bed methane.

Birchcliff owns producing assets in North Eastern British Columbia, primarily in the Montney and Doig areas. Total current production in 2011 across all of its properties averaged 18,150 boe per day, with gas making up 75 percent of the output.

Like Trilogy Energy, Paramount owns interests in the Kaybob area of Alberta, which account for over half of its average daily output of 20,707 boe. 79 percent of Paramount’s output is comprised of gas, and the company has set a production target of 28,000 boe for Q1 2012.

Semgroup operates pipelines, storage terminals, and processing facilities, with a network of pipelines in the US stretching 800 miles across Kansas, Oklahoma, and Texas. The company is also active in British Columbia and Alberta, where it owns and operates four gas processing plants.