The latest prices, news and events from across the global rare earths market. 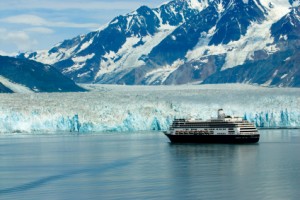 Ucore Rare Metals (TSXV:UCU), a junior explorer looking for rare earth deposits in North America, is aiming to commence production at its Bokan project in Alaska by 2016, according to local media reports.

Citing a Ketchikan Daily News article, Metal-Pages reported that Ucore, which is focused primarily on its Bokan-Dotson Ridge rare earth element (REE) property, plans to commence construction of the mine by 2014, contingent upon obtaining the necessary permits, before beginning operation two years later.

In November 2012, Ucore released a preliminary economic assessment (PEA) for the project. It shows a before-tax net present value of $577 million and an internal rate of return of 43 percent — impressive economics in a struggling market environment.

In July of last year, the company’s CEO, Jim McKenzie, told Rare Earth Investing News that Bokan Mountain is the largest NI 43-101 compliant heavy REE resource on United States soil; as a result, it has enormous strategic implications for the US, especially given that heavy REEs are the backbone of some of the technologies that are most important to the country’s economic future (for instance, transportation, clean energy, defense systems and medical science).

He added that the project could help challenge China’s domination of the market.

“We view the rare-earth space as a sort of race … Obviously China is withdrawing product from international markets fairly aggressively, and the US needs this product,” Metal-Pages quoted McKenzie as saying.

The Bokan property is enriched with heavy REEs, including dysprosium, terbium and yttrium, according to the company’s PEA.

At the 2013 Vancouver Resource Investment Conference, John Kaiser of Kaiser Research gave Rare Earth Investing News his take on which — and how many — rare earth juniors are likely to succeed. He noted that companies focused on heavy REEs have a better chance of survival, commenting that Quest Rare Minerals (TSX:QRM,AMEX:QRM) and Tasman Metals (TSXV:TSM,AMEX:TAS) both have a good chance at success.

China’s praseodymium-neodymium oxide market is in deadlock and business is thin, according to a report by Metal-Pages.

Market sources confirmed that prices for 99-percent praseodymium-neodymium metal remain at around $64,370 to $65,980 per tonne — unchanged compared with last week’s prices.

A producer based in Northern China confirmed that it has halted production and will begin again following the Chinese New Year holiday.

“We have no new orders. The market will be stable before the Chinese New Year and we except prices to rise after the festival,” he said.

Lanthanum oxide business is said to be thin on the Chinese spot market, as optical glass producers, the main downstream consumers, have postponed buying.

A trader based in Southern China confirmed that he will not be restocking because consumers are reluctant to buy at higher prices.

“We are staying on the sidelines for the time being because we will not restart production before March,” a producer in Southern China said.

China’s europium oxide market is stagnant, with prices unchanged as the Chinese New Year holiday approaches. Industry sources have noted that participants will focus more on the market after the holiday and that little business has been reported.

Great Western Minerals Group (TSXV:GWG) reported on the status of its diamond drilling program at Steenkampskraal.

Objectives of the program include step-out drilling to investigate extension of the main monazite zone; infill drilling on areas of lower data density to upgrade inferred mineral resources to the indicated category; and selected orientated core drilling for geotechnical analyses in support of planned underground developments, according to a press release.

In addition to the drilling, Great Western has initiated exploration activities on the surrounding prospecting right, a 550-square-kilometer area that encompasses Steenkampskraal and hosts historic occurrences of monazite at surface.

A company press release notes that heavy REE-zirconium-yttrium-niobium vein-hosted mineralization was intersected and that 38 shallow vertical holes ranging from 26 to 50 meters in depth were drilled as part of the phase-one exploration NQ drilling program.

The release also confirms that the zirconium showing contains some of the highest grade heavy REE vein mineralization and is open at depth.

The representative was hired in response to a preliminary indication of potential interest from a multi-billion-dollar resource firm located in Asia, according to the company’s press release.

Texas Rare Earth’s CEO, Dan Gorski, said, “[g]iven the interest level in our unique Round Top project, the Board felt it necessary to engage a representative to further explore potential interest from Asia. Demand for heavy rare earth elements is expected to continue to outstrip supply in the years to come. Given that the vast majority of such elements are used in the Asian regions, it is logical that interest from the region could be quite robust.”