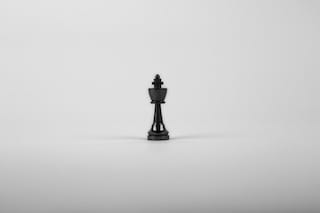 Molycorp’s rare earths mine is up for auction this week. If the mine is restarted it will be the sole US-based rare earths producer.

Resource investors are hotly anticipating the outcome of the US Federal Reserve’s two-day meeting later this week, but there’s another event that those interested in rare earths will want to watch.
Mountain Pass, the only US rare earths mine, will go to auction on June 14, and two groups are expected to bid for ownership. ERP Strategic Minerals, Pala Investments and Peak Resources (ASX:PEK) are pooling their resources to offer $1.2 million. JHL Capital Group, QVT Financial and Shenghe Resources are also expected to bid.
Molycorp, the mine’s original owner, poured $1.5 billion into Mountain Pass in 2011, when rare earths prices were high. A drop in light and heavy rare earths prices forced the mine to close in mid-2015, and Molycorp went bankrupt. The company later emerged as Neo Performance Materials, and was offered $4.2 million from Lexon Insurance to maintain the mine until a buyer was found.

Only US rare earths mine

The US has 1.4 million MT of rare earths reserves, and China, which currently produces about 90 percent of rare earths, has 44 million MT. Despite its lack of domestic rare earths production, the US uses 15,000 MT of the metals every year.
China’s dominance in the space is a concern for the US. Senate Energy and Natural Resources Chairwoman Lisa Murkowski, R-Alaska, supported a bill last year that included the creation of a domestic rare earths supply chain. The bill failed to pass into law, but Murkowski has been outspoken about the country’s “increasing dependence” on imported rare earths. At a recent hearing on the issue, Murkowski said America was “not making headway.”
Efforts to develop rare earths projects continued in the US in 2016, says the US Geological Survey in a report. Work is taking place in a variety of states, including Wyoming, Alaska and Idaho. However, some companies are also turning to innovative ways to produce rare earths.
For example, this week a strategic consortium received funding from the US Department of Energy to produce a saleable rare earth oxide from coal tailings. The consortium includes Ucore Rare Metals (TSXV:UCU), IBC Advanced Technologies, Equinox Chemicals and Physical Sciences. The US government has dedicated $1 million to the project, which will evaluate the technical and economic feasibility of producing rare earths from coal.

There are 17 rare earths, and they have a diverse array of applications. However, in the US, about half of rare earths consumed go into the defense industry. Rare earths are a key ingredient in alloys for armored vehicles, and are also used in missile guidance systems.
US authorities are thus expected to watch this week’s rare earths mine auction keenly. If the mine goes to an overseas buyer, the US Committee on Foreign Investment may screen that company.


Give me my free report!
If the mine goes to the consortium that includes ERP Strategic Minerals, the story may be a little different. Tom Clarke, the company’s CEO, is a man with experience buying coal mines from bankrupt companies and restarting them when the market turns.
“[O]ur hope here is to help facilitate the re-opening of the mine. We think there is a reliable market for it,” he told the Financial Times. He also said that if his consortium acquires the mine, then it could talk to Chinese rare earths producers about the possibility of creating “a micro-OPEC for rare earths.”
Clarke has his critics, including David Abraham, author of a rare earths book called “The Elements of Power.” Abraham has said that a US rare earths mine won’t be as cheap to operate as the mines in China, and he believes that buyers will be unwilling to pay more for the metals. Similarly, Roskill analyst David Merriman has said he doesn’t see Mountain Pass as economically competitive unless rare earths prices increase substantially.
Whether or not Clarke and his consortium are successful remains to be seen, but the battle for Mountain Pass will no doubt be interesting to watch.
Don’t forget to follow us @INN_Resource for real-time news updates!
Securities Disclosure: I, Melissa Shaw, hold no direct investment interest in any company mentioned in this article.

13 responses to “Who Will Buy the Only US Rare Earths Mine?”