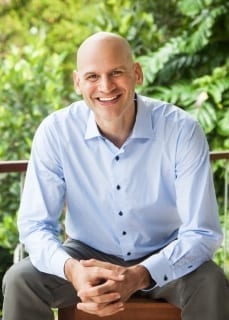 The Investing News Network spoke with David Abraham, author of “The Elements of Power,” about his new book and the importance of rare metals in our high-tech age.

From couches and camera lenses to computers and cars, rare metals are everywhere. However, many people do not know where these rare metals come from, and just how critical they are in our modern lives.
In his new book, “The Elements of Power — Gadgets, Guns, and the Struggle for a Sustainable Future in the Rare Metal Age,” David Abraham does an excellent job of bridging that gap. Covering an impressive scope that includes geopolitics, the public markets, the difficulties of rare earths processing and the opaque world of rare metals trading, Abraham tells an engaging story of the metals we rarely hear about.
As he explains in the book — which is focused on rare earths, but also covers other metals, such as niobium, cobalt and titanium — rare metals may only be used in small amounts, but they make a big difference. “In essence, they fill a similar role to that of yeast in pizza,” he writes. “Without yeast, there’s no pizza, and without rare metals there’s no high tech world.”
For example, a dash of indium is what makes the touchscreen on an iPhone possible. All in all, the phone relies on almost half the elements on the planet.
Most investors interested in the rare metals space have grasped this idea, but Abraham, who’s also director of the Technology, Rare and Electronic Metals Center, aims to reach a broader audience. “My hope is that this book in some measure will serve as a rallying call to inspire a new generation to learn more about the ingredients of our gadgets, guns, and sustainable future,” the book concludes.
The Investing News Network got in touch with the author to get a more insight into the book, and into what the future holds for rare metals.

For Abraham, the scariest part of the rare earths conundrum he’s outlined is that fears about supply security might lead companies to substitute rare metals.
“We’re really relying on all the properties of these materials for some aspect of the system,” he said. “And if we try to substitute away from them because we’re fearful of geopolitics, or because the price is so expensive that we’re not able to incorporate some of these game-changing technologies, some of these advantages won’t come about.”
In that light, he believes that it’s important to understand what’s in our products, and thinks that the decisions we make individually about how we use resources is important. “If we don’t understand what resources we’re using, then when we dump a phone, we don’t understand what we’re throwing away,” he explained.
He hopes that doing so will encourage both companies and individuals to use rare metals more efficiently — via recycling, reuse and remanufacturing — and to support transparency in the market.
“That’s where I’d have an international materials agency, anything we can do to shine a light on these markets is helpful for investors. Because to invest in these markets right now is a real challenge,” he said. “You’re relying on governments in certain places, companies that don’t want to be as extended as they could be, it’s a real challenge.”
Of course that might not be so simple; as Abraham explains in his book, many market participants benefit from maintaining the status quo. However, the author is optimistic, argued that there’s always potential for innovation, even it it’s difficult to predict.
For example, he stated that five years ago, no one was expecting a shakeup of the taxi industry. Even though the system is expensive and inefficient, change wouldn’t have seemed possible. “But then three years later, Uber comes in and Uber changes the market,” he said.
He added, ”I think it would be very hard to create a market for some of these materials because of the specialty grades that they trade in — but there are things that can happen.”

Beyond technological, environmental and production concerns surrounding rare metals, Abraham devotes a chapter of his book to the corporate challenges that plague the sector, from the near monopoly held by Brazil’s Companhia Brasileira de Metalurgia e Mineração over the niobium market, to the challenges faced by junior rare earths companies trying to get their projects off the ground.
“The challenge is that junior mining companies are like biotech start-ups; most, even those with the most promising projects, will fail,” he writes. “But without biotech, the next great cancer drug won’t be developed; without these junior miners, the world won’t have the ingredients for the next green power source.”
That said, he also pulls no punches when describing the junior mining space, stating that, “[a]lthough outright fraud is very rare, junior mining companies have a history of playing fast and loose with their business plans, a practice that has seeded a legacy of mistrust.” To be sure, junior rare earths investors have as big a task in front of them as any when it comes to doing due diligence on investments in the space.
When asked what junior mining companies could do to improve investor confidence in the space, Abraham simply replied that “candor” would go a long way.
“It’s really hard, because nuance doesn’t sell,” he said. “So showing that you’re the biggest or you’re the best or you’re the most efficient, and ‘we’re just one step away from becoming the next great mine’ is helpful. But when there’s a cacophony of everyone doing that, you have a lack of trust in the sector.”
Still, Abraham conceded that he understands the pressure to be positive and keep projects going, especially when people’s livelihoods are at stake. “They face a tough calculus,” he said.

What can investors do?

Certainly, the rare metals sector can be a difficult one to follow. “The Elements of Power” provides as thorough an introduction as any to the space, but as investors will find, getting a clear picture is easier said than done.
So what’s an interested investor to do? Abraham suggested that the best thing is to “ask the dumb questions” for a start.
“When I started in this sector, I wouldn’t ask questions if I felt it would reveal my naivete or my newness to the sector,” he said. “But the longer I’ve been it it, you realize, you must ask the dumb questions, because they’re not always dumb. There are so many different metals, and you’re right to ask those questions.”
And if investors can’t get a straight answer? “Then that’s your answer,” he said. “Move on.”