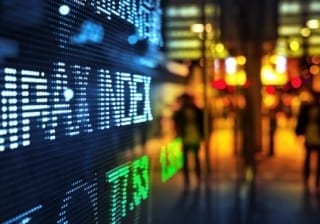 A look at two junior rare earths companies that Ben Kramer-Miller, chief analyst at miningWealth, has been keeping an eye on.

Last week, we spoke with Ben Kramer-Miller, chief analyst at miningWealth, about the markets for a few specific rare earths and about the rare earths industry in China.
Not surprisingly, Kramer-Miller had some interesting thoughts to share on those subjects, but he also spoke about some of the junior mining companies he likes in the rare earths space.
Of course, the junior mining space can be tricky for investors to navigate under the best of circumstances. And while it might be common sense to start by looking for a strong management team with a good project in a safe jurisdiction, things can get much more complicated, especially when it comes to rare earths.
For Kramer-Miller, it’s key to look at the expertise of the people behind the company.


Give me my free report!
“I think the number-one asset any one company can have is its people, especially at this point in time,” he said. “China has lots of people devoted to this, people who’ve devoted their entire careers to this. They have research institutions devoted to rare earths material science.”
He added, “and in the western world, there’s a handful of people here and there who can do it, but I don’t think that they have the talent to go out and replicate the Chinese based on, for instance, a couple of academic papers and some blueprints.”
Indeed, the US Government Accountability Office recently found that the US Department of Defense had “not taken a comprehensive, department-wide approach to identifying which rare earths, if any, are critical to national security.” That’s an important problem to solve, since, as Kramer-Miller has discussed previously, China still accounts for the lion’s share of the world’s rare earths supply.
With that in mind, here’s a look at two junior rare earths companies that Kramer-Miller has been keeping an eye on: Medallion Resources (TSXV:MDL,OTCQX:MLLOF) and Texas Mineral Resources (OTCQX:TMRC).

Medallion is not your typical rare earths company, but for Kramer-Miller, it appears to have the lowest-risk approach from a technical standpoint. The company is aiming to produce rare earths from monazite, which it plans to source as a by-product from existing mineral sands operations.
“They don’t have to develop a mine,” Kramer-Miller said. “I think a lot of people think that’s potentially a negative thing because they don’t own their resource, and there are risks there, but at the same time, they don’t have to raise money to build a mine, they don’t have to permit a mine.”
Certainly, permitting a mine isn’t easy. Take Tasman Metals (TSXV:TSM), for example, which just announced that the Swedish Supreme Administrative Court has decided to cancel its mining lease for its Norra Karr heavy rare earths project.
“Medallion doesn’t have to do any of that,” Kramer-Miller added.


Give me my free report!
Furthermore, he explained that most rare earths companies look to develop a deposit that is typically between 1 and 2 percent rare earths. He admitted that some companies, such as Peak Resources (ASX:PEK) and Lynas (ASX:LYC), hold deposits with higher concentrations, but stressed that these concentrations are relatively low, requiring beneficiation of ore through flotation or magnetic separation.
“This is fairly costly, and [these companies] wind up with a material for their hydrometallurgical plant that is of lower quality than the material that Medallion is going to be buying,” he said.
“So Medallion is going to be buying material that is something like 60 percent total rare earths. Most companies can’t get their mineral concentrate to that point, and many that can have other issues to deal with.”
Of course, Medallion will still have to build a chemical processing plant, which comes with its own set of challenges. “It’s not going to be easy. They have a lot of hurdles ahead of them,” he said. “But it’s considerably easier to do that than to do that in addition to building a mine, and in addition to mineral beneficiation.”
Other companies, such as Pele Mountain Resources (TSXV:GEM), have also stated that they’re looking at producing rare earths through monazite tailings. However, Kramer-Miller still believes that Medallion has gone the furthest so far in terms of making advances with that strategy.
“If anybody’s going to succeed in monazite, I think Medallion is head and shoulders above everybody else at this point,” he said.

Texas Mineral Resources, previously Texas Rare Earth Resources, holds the Round Top rare earths deposit in Texas. The company recently changed its name to reflect the fact that its deposit also holds potentially recoverable quantities of uranium, scandium and lithium.
“There are just a lot of small things to really like about the Round Top deposit,” Kramer-Miller said. “Right now, there is a quarry in operation right next to Round Top. So with respect to availability of equipment, proximity to infrastructure, the ability to get the mine permitted — for all of these things, there are risk-mitigating factors.”
However, Kramer-Miller was mostly positive on the by-product potential for Round Top.
“If you look at a lot of these rare earths projects, their viability at today’s prices, the operating metrics just don’t make sense,” he said. “You could probably make the same argument for Round Top and Texas Mineral Resources.”
That said, “they have a lot of uranium, a lot of scandium and both of those are going to have similar chemistry to the rare earths, meaning that if they can extract the rare earths, then it’s more likely than not that they can extract the uranium and the scandium.”

Give me my free report!
He also noted that the company has been exploring the production of lower-value bulk material from Round Top as well, such as aluminum sulfate and potassium sulfate.
“They certainly have a difficult chemistry project ahead of them,” Kramer-Miller admitted, “but I think they’ve put together a very solid team. I really like their separation partners, K-Tech.”
K-Technologies has been working hard with Texas Mineral Resources to advance its continuous ion chromatography (CIC) method for the separation of rare earths. Last October, the companies won a research contract with the US Defense Logistics Agency’s Strategic Materials Division to demonstrate their ability to separate and refine three rare earths products.
The Texas Mineral Resources team is nothing to shake a stick at either. The company’s board includes Eric Noyrez, former CEO of Lynas, and James Wolfe, who Kramer-Miller notes has “been in the rare earths market since the 1970s.”
“So they have a lot of talent,” Kramer-Miller concluded. “They have a good deposit, and I think most importantly in this environment, with rare earths prices where they are, they have a lot of by-product potential.”

Disclosure: Ben Kramer Miller owns positions in both Texas Mineral Resources and Medallion Resources. He purchased shares of both companies on the open market, and has not received any form of payment or shares from Texas Mineral Resources or Medallion Resources for his coverage of either company.
Securities Disclosure: I, Teresa Matich, hold no direct investment interest in any of the companies mentioned in this article.
Editorial Disclosure: The Investing News Network does not guarantee the accuracy or thoroughness of the information reported in the interviews it conducts. The opinions expressed in these interviews do not reflect the opinions of the Investing News Network and do not constitute investment advice. All readers are encouraged to perform their own due diligence.
Medallion Resources is a client of the Investing News Network. This article is not paid-for content.