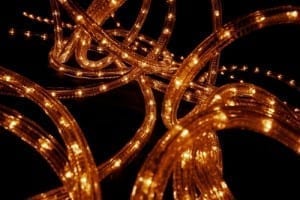 Rare earths often get lumped together for the sake of brevity, but the market dynamics for each element are actually quite varied.

There are 17 rare earth elements (REEs) in all — 15 lanthanides plus yttrium and scandium. It’s a fairly diverse group, with each element having different applications, pricing and available supply, but for the sake of brevity, REEs sometimes get put in the same basket when talking about the market.

However, it certainly gets more complicated than that, and it’s worth taking a closer look at the uses of the different REEs and some of the dynamics surrounding their supply and demand.

Many REE investors will be familiar with the adage that rare earths are not that rare — as the US Geological Survey (USGS) points out in a 2014 report on the sector, most rare earths are more plentiful in the Earth’s crust than gold, silver and platinum.

That said, the report also explains that “concentrated and economically minable deposits of REEs are unusual.”

Case in point: even though worldwide there are more than 500 known carbonatites — which can host rare earths — the USGS notes that only six of these are being mined for rare earths. Rare earths can also be found in alkaline igneous systems, ion-absorption clay deposits and monazite-xenotime-bearing placer deposits.

Rare earths are usually divided into “heavy” and “light” varieties based on their atomic weight. And while the concentration of different REEs varies within each given deposit, every deposit is usually dominated by either heavy or light rare earths, with some elements being much more abundant. Cerium, for example, is the most abundant rare earth, and is more plentiful in the Earth’s crust than copper.

As Stormcrow Capital’s Jon Hykawy explained, far from being rare, cerium is actually oversupplied. The metal is used in steelmaking and in catalysts for automotive catalytic converters.

Lanthanum is also used in steelmaking, in catalysts used for refining petroleum and by the glass industry, which is the largest consumer of REE raw materials, according to the USGS. As Hykawy said, that particular rare earth is also “readily available.”

Though the heavy and light distinctions are normally used to separate REEs, other divisions can also be used. For instance, praseodymium, neodymium, samarium and dysprosium are often used to make several different rare earth magnets, which are stronger in terms of weight or volume than any other magnet type. These magnets are increasingly used in different aspects of modern life, especially in situations where space is limited.

Though magnets made from neodymium, boron and iron are the strongest available, Hykawy stated that samarium-cobalt magnets are favored by those looking at military applications. That’s because that type of magnet can operate at extremely high temperatures and is not affected by electromagnetic pulses.

For example, the analyst explained that an electromagnetic pulse resulting from a nuclear weapon going off a distance away wouldn’t have an effect on a motor driven by samarium-cobalt magnets — certainly a worthy consideration for those in the defense industry.

For other industries, however, neodymium-boron-iron blends are the magnet of choice. Praseodymium and dysprosium are also commonly used in these types of magnets in order to improve coercivity and resistance to corrosion.

Furthermore, Hykawy noted that dysprosium has another function in neodymium-praseodymium-iron-boron magnets — the magnets can only operate at fairly low temperatures on their own, but the addition of dysprosium allows them to keep working at much higher temperatures.

Applications for rare earth magnets are rapidly growing as new technologies evolve. However, as Hykawy has previously explained, lack of secure supply has driven some industries to seek out alternative technologies that don’t require REE magnets.

Still, rare earth magnets are not going away anytime soon.

Another group of REEs is used in phosphors (phosphorescent materials), which are the active component responsible for adding color in fluorescent light bulbs or other lighting applications. Hykawy listed europium, terbium and yttrium as the rare earths most commonly used in phosphors, while a 2011 USGS report includes cerium, lanthanum and gadolinium as well.

The analyst noted that while yttrium is “fairly cheap,” europium and terbium “are rare, and they’re expensive.” Furthermore, Chinese export quotas on rare earths have led to strained supply of these elements in recent years.

That led the phosphor industry to adapt to smaller amounts of available material. For example, Hykawy explained that fluorescent tube lighting was once coated on the inside with beads of phosphor. Now, the lighting industry instead coats beads of a carrier material with a thin layer of phosphor, achieving the same functionality with less of what’s expensive.

As mentioned above, rare earths are also used in the glass industry, as well as in catalysts, ceramics and battery alloys and for other metallurgical uses. Some are even used in chemicals and military weapons, according to the USGS.

However, the specific rare earths used for those additional applications can mostly be found in the elements mentioned above. As for the rare earths not mentioned, Hykawy stated that they’re too rare to capture much of the market, at least for now.

Overall, it’s clear that REEs are an increasingly important part of the technology that drives modern life. They can be found in smartphones, computers and televisions, and are an important component in green energy technologies such as wind turbines and the motors of electric vehicles.

As the Investing News Network has previously explored, getting to know the different types of rare earths could be key to a good investment. Investors with an interest in the critical metals space would be wise to keep an eye on the various supply and demand dynamics affecting the different rare earths.

Of course, rare earths investors will be aware that China still produces the lion’s share of rare earths, and that companies that have tried to compete have been burned badly in the past. For example, Molycorp (OTCMKTS:MCPIQ) was driven into bankruptcy by low rare earth prices last June, and it also had to shut down its Mountain Pass operations in California a few months later.

That said, Molycorp’s Australian counterpart Lynas (ASX:LYC) is still kicking, and for those interested in the longer-term potential for the rare earths sector, there plenty of rare earth juniors around the world to look at.

3 responses to “The Different Rare Earths and Their Uses”