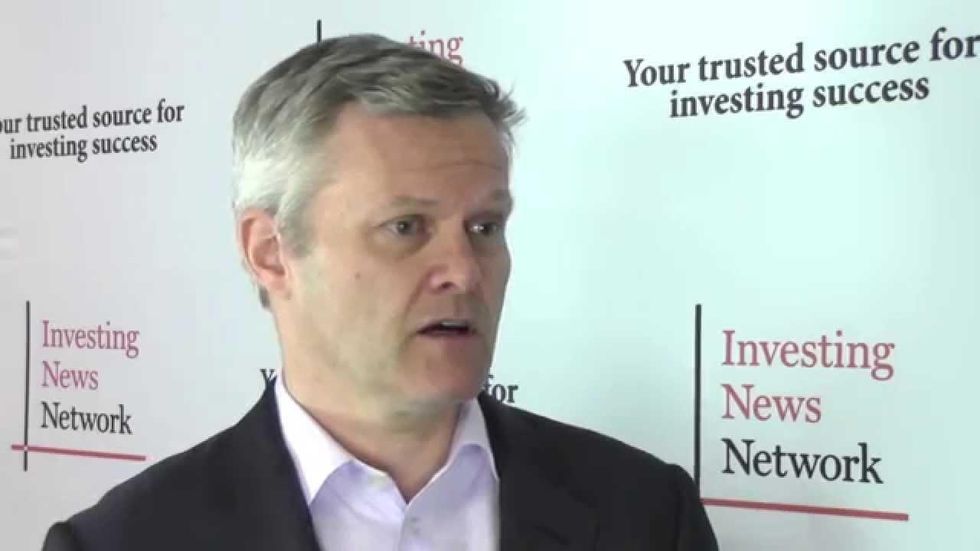 China removed its export tariffs on rare earths, tungsten and molybdenum at the start of May, and shortly afterwards announced changes to its resource tax regime for rare earths. A number of analysts and market watchers have commented on how those changes might affect rare earths prices — here, Don Lay of Medallion Resources weighs in with his thoughts.

China removed its export tariffs on rare earths, tungsten and molybdenum at the start of May, and shortly afterwards also announced changes to its resource tax regime for rare earths.

A number of analysts and market watchers have commented on how those changes may affect rare earths prices, and Ryan Castilloux at Adamas Intelligence even put out a 10-page briefing following a steady stream of inquiries on the subject. In the interview below, Don Lay, CEO of Medallion Resources (TSXV:MDL), weighs in with his thoughts.

In the short term, Lay believes the change is bad news, especially for rare earths companies outside of China. While he states that many market participants were expecting a convergence of prices in and outside of China, he adds that they were anticipating that convergence would happen at a sort of middle ground.”The convergence has happened at a lower price,” Lay notes, pointing out that the scenario that has knocked down the economics for plenty of projects outside of China.

The pricing Medallion could get for its rare earths products has also been set back, but Lay believes that the company can still be profitable at current prices given the low capital requirements and operating costs required by its monazite processing strategy.

Overall, Lay states that he expects stabilization in the market. “In the medium term, with demand increasing for rare earths and a single global price, the market eventually will get back on track,” he notes. Lay also speaks about the recent deal between Molycorp (NYSE:MCP) and Siemens (FWB:SIE) in light of changes in China, and about Medallion’s latest metallurgical test results.

Watch the video below for more of Lay’s thoughts.

DL:  The change wasn’t really unexpected in the sense that people expected the convergence of prices outside and inside China.  I think what was a bit of a surprise was that there was no movement upwards  a convergence towards of sort of a middle ground.

Over the balance of the year, it’s really difficult to say because we are going to, I certainly express some stabilization in the market and in prices although to date, the market seems very quiet.  But, in the middle-to-longer term, I think we’re looking at more positive prices for everybody in the marketplace.  But a single marketplace not two.

RIN:  And what does the removal of tariffs mean for juniors and producers outside of China?

DL:  Well, in the short run it’s not good news because the convergence has happened at a lower price.  So we really got one market in China, one marketplace in, excuse me, globally, we have only one marketplace now.  So, really, it’s knocked the economics for all the projects outside of China, it’s really knocked them down.

That said, the word really is that the Chinese producers are not profitable at these prices anyway, so, I think in the medium term, with demand increasing for rare-earths and a single global price, the market eventually will get back on track.

RIN:  And speaking of producers inside of China, China has also implemented a new resource tax structure.  How do you think that that’s going to affect things?

DL:  The net change for the Chinese government in terms of the amount of taxes they’ve got and their control of the industry really hasn’t changed at all.  So, this was really a way for them to maintain control over the marketplace, and comply with the WTO requirements.  But in the long term, China still wants to control its rare-earths industry, limit the amount of production, and make sure that are rare-earth resources to be consumed by the Chinese industry.  So none of that really has changed.  So, ultimately, outside of the pricing change, it’s really not that significant.

RIN:  The CEO over at Lynas has said that she expects the change to result in more demand coming back to the market, just because many people had been holding on to their stockpiles as a result of uncertainty from China.  What’s your take on that point of view?

DL:  I think she’s correct in the sense that the uncertainty has gone away now.  And now that the uncertainty has gone away, then, we’ll have a normalization of prices.  Certainly, I think they expect the magnet materials to come back and it should support that production outside of China and kind of clear things up for the back half of the yearat once.

RIN:  Molycorp also announced a long-term supply agreement with Siemens recently.  What does that mean in light of all the changes in China?

DL:  What I think is important is that Siemens, being a huge industrial consumer of rare-earths, particularly the magnetic rare-earths, has put out a message that they are looking for longer term suppliers outside of China.  So, in effect, the industries response to coming into production has worked out well for Siemens and for Molycorp and I think it shows both the demand for the magnet materials, as well as the fact that a great big industrial company is willing to support an outside-China producer that’s just gone to production recently.

RIN:  Of course, I have to ask how do you think all the changes affect Medallion’s business strategy?

DL:  I think, well, to be frank, it’s set back the pricing that we could get for our rare-earths products.  That said, we believe our numbers suggest that we could be very profitable with today’s prices because of our strategy. It’s acquiring a by-product material at a reasonable cost and have low capital cost and low operating cost for our monazite processing strategy.

So, in that sense, there’s less competition.

RIN:  And, also, while you’re here, can you discuss the significance of Medallion’s metallurgical results?

DL:  Certainly, yes.  We started metallurgical tests early this year.  It was our first practical test – we did a lot of engineering work and flow sheets and that kind of thing.  But what we did was we took a beach sand monazite sample from one of our prospective suppliers and this is a sample of the monazite sand here, and we put it through our metallurgical flow sheet at a bench level to produce a rare-earths concentrate like this.

And that’s significant because that’s a pure concentrate that could then go into a standard rare-earths separation facility for processing individual oxides for sale in the marketplace.  So, we’re excited to do that.  We’ve got metallurgical work to finish up here but, it’s a great start.

RIN:  Great.  Thank you for joining me, Don.

Medallion Resources is a client of the Investing News Network. This article is not paid for content.