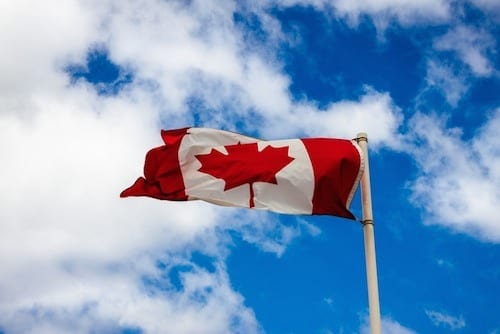 Three associations representing Canada’s resource industry share what they think the priorities for the country’s new government should be.

In the lead up to the Canadian federal election on October 21, Canadian politicians have been wearing out their shoe leather by making sales pitches on why they should represent their local ridings in Ottawa, and party leaders have been squaring off in national debates.

Pierre Gratton of MAC focused on a desire for policy stability for the industry, while Ben Brunnen of CAPP talked about the importance of Canada’s role in a global approach to climate policy and the PDAC shared its wish list of priorities for the next Canadian parliament.

Gratton, who is president and CEO of MAC, said that, above all, what the resources industry wants is stability.

“We’ve gone through several years of significant regulatory reform, starting with the Harper government then with the Trudeau government — and we would like to have this back and forth and constant churn and change stop for awhile, because that uncertainty is harmful to business,” he said.

He went on to discuss the Conservative Party’s well-known desire to tear up Bill C-69 — the Impact Assessment Act — by saying that, overall, that’s not what the resources industry wants.

“If (the Conservatives are) elected, our hope would be that they would focus on strategic amendments that might help address the concerns of the energy sector … but otherwise avoid a full-scale review and reform of the act.

“Within our membership we have oilsands members that continue to have concerns with this bill, but the rest of the membership — the non-oilsands membership — felt that the bill ultimately represented a modest improvement over the previous legislation, CEAA 2012, and we’d just like to get on with implementation and focus on that.”

Gratton said that the Conservative platform is selling the wrong message in regards to the resources sector’s thoughts on C-69.

“(The Conservatives) seem to assert that we’re opposed to C-69 when that’s not really the case for our hard-rock miners. They weren’t opposed to the bill. We weren’t thinking this was the best thing ever, but we were seeing it as an improvement  upon the status quo.”

He added that the energy sector feels differently. “As always, we have challenges and opportunities regardless of who wins.”

Speaking of energy, Brunnen, vice president of oilsands and fiscal and economic policy at CAPP, said that a major focus for the sector is climate policy, which he said is very important to voters. Brunnen added that it is important that Canadian voters understand the energy sector’s role globally.

“For industry, we want to make Canadians more aware of the significant role Canada can play in a global climate strategy,” he said, adding that, in order for governments around the world to find a global solution for climate change, they have to be looking at Canadian oil and gas as part of that solution.

“Canadian oil and natural gas can displace other sources of energy like coal, thereby reducing net global greenhouse gas emissions. Canadian energy can fill global market share that would otherwise be filled with energy from countries that have lower environmental and human rights standards.

“The world needs more Canada,” he said. “This global strategy can also help Canada achieve its climate commitments under the Paris Agreement, and creates the only feasible path to meet these goals.”

This point leads to the energy industry’s primary concern over the past few years: market access.

“Without additional pipeline infrastructure, we do not have a way to get Canadian energy products to global markets — which is why CAPP has been such an advocate for the Trans Mountain expansion pipeline,” Brunnen explained.

“Right now Canada is falling behind; not only are we losing out on jobs and the economic opportunity associated with gaining market share, but we lose the opportunity to play a leadership role in a global climate solution. In this election, Canadians are showing that they want jobs and affordability, and they recognize that a strong energy industry is essential.”

Gratton also said that MAC wants there to be shovels in the ground for the Trans Mountain pipeline and that it is its preference for it to be built before the next election (scheduled for 2023).

He pushed the climate change argument as well, but focused on industry expectations and the clean energy standard, which he said could be an issue for some parts of the country.

“No matter who wins, we might be into a policy discussion that has thus far raised an awful lot of concerns across all of our membership … and a lot of concerns come from our northern operators where you just can’t use cleaner fuels with biofuels in them. They just don’t work in colder temperatures and you’d end up having to either not use them or burn fossil fuels in order to keep it warmer, which defeats the purpose,” he commented.

Staying with the north, Gratton said that MAC wants to see continued investment in infrastructure in Canada’s north so that projects there can become more viable.

“The Liberal government, to their credit, in the last four years have actually provided some pretty important sums towards northern infrastructure that we haven’t seen in several generations really, and that has the potential to open up certain regions of the country, but there’s so much more. We’re hopeful to see continued investment regardless of who wins, in certain infrastructure corridors around the north that can help secure our long-term future.”

PDAC also responded to INN’s request for comment, sharing its wish list of priorities for the next Canadian parliament and stressing the importance of the mineral exploration and mining industry in Canada.

“PDAC looks forward to working collaboratively with government to ensure responsible access to the capital, lands and skills needed to maintain the strength of our sector, and the social and economic benefits that come with it, in the face of increasing global competition.”

Issues PDAC said it would like to see addressed in the next parliament are responsible access to land, sound fiscal policy, regulatory certainty, investment in northern transportation and energy infrastructure, support for indigenous capacity building and enhanced investments in geoscience and innovation.

“Collaboration on these and other priority areas will improve the rate of discoveries for the minerals and metals that are essential to everyday life, and to supporting a low-carbon future,” said PDAC.

INN also asked what each group thinks voters should be thinking of as they are voting, with Gratton saying that Canada is and remains a world leader in mining. He continued, “It is not a position that can be taken for granted.”

“We’re dealing with declining mineral reserves for many commodities. We’re actually no longer a top five producer of nickel as of this year, which is hard to believe. We’ve got to be thinking: How do we maintain this sector as a key part of the Canadian economy going forward — what do we need to do? Because without mining, so much of the rest of the economy suffers.”

Brunnen shared similar sentiments, stressing the importance of the industry for the country.

“We can all agree on common goals such as: real and demonstrable action on climate change; a path to reconciliation with Canada’s indigenous peoples; job creation; affordability and opportunity for all Canadians.

“Supporting the Canadian oil and natural gas industry can help our country achieve these goals. The industry is innovative, committed and poised to be the supplier of choice to fill growing energy demands around the world.”