Vanadium used mainly for as an alloying agent for steel is getting more attention due to innovations in battery technology, namely vanadium redox flow batteries. Looking to get in while demand for the metal is surging mining juniors are aggressively seeking new deposits. 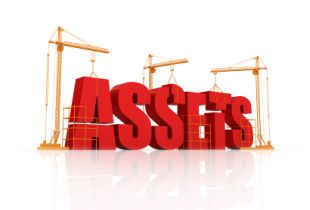 The prices for vanadium have been rising since the bottom fell out of the world markets in 2008. The outlook for vanadium is healthy on the back of increasing steel demand and also because the use of vanadium in battery technology. The use of vanadium in batteries geared towards hybrid vehicles has tremendous growth potential, as well as its use in vanadium redox flow batteries. These batteries were highlighted in an article on Vanadium Investing News last week. Many mining juniors are actively pursuing new resources to capitalize on these new developments, in a market that has the potential to expand dramatically. Vanadium mining is a tricky business. The metal is never found in its metallic form, instead it occurs in tandem with over 150 various minerals, crude oil deposits, coal, tar sands, and also as a byproduct of uranium mining.

Apella Resources Inc. (TSXV:APA) recently announced that one of the inventors of the redox flow battery is joining their advisory board. “Professor Skyllas-Kazacos is well known worldwide as the scientific researcher and pioneer who is credited with the invention of the Vanadium Redox Battery,” stated the press release.  With the addition of Professor Skyllas-Kazacos the company is hoping to develop its Vanadium-Iron-Titanium assets for their use in battery technology. Apella’s two main properties are the Iron-T Vanadium Project and the Lac Dore Vanadium Project, both located in the province of Quebec, Canada.

Nevado also recently announced the acquisition of a direct property interest of 100% of 928 active mining claims in the Fermont region of Quebec, Canada. The deal “will allow the Corporation to become an important player in the Fermont sector, which is well renowned for its iron ore deposits and is currently getting a lot of attention,” stated the press release.

Largo Resources Ltd. (TSXV:LGO) announced it has signed letter of intent for four properties in Brazil. The properties are tungsten specific, but add value to this vanadium, tungsten and molybdenum miner. “The properties have interesting exploration potential and provide an opportunity to increase Largo’s tungsten reserve base within the Currais Novos District… Construction activities at Currais Novos have commenced and are continuing as scheduled for the recovery of tungsten from mine tailings with initial production set to begin by July 2011,” stated the press release.

Largo Resources also announced the appointment of Les Ford to run their Brazilian operations. “Les has over 40 years of experience constructing, developing and producing vanadium projects, Mr. Ford is one of the world’s foremost experts in vanadium,” stated the press release. Following these announcements, Largo’s share price hit a new year high of $0.495, up from $0.18 six months ago. The companies main vanadium asset is their Maracas Mine in Brazil.

“Maracas is one of the most obvious mines that you’re ever going to see. It’s a good, straightforward project. The vanadium is effectively contained in iron ore in magnetite. It’s very easy to just grind that and magnetically separate it from the other materials,” said Byron Capital Market analyst, Jon Hykawy.

With the addition of the properties, the appointment of Les Ford, and the company’s massive Northern Dance molybdenum asset, Largo Resources is making noise in the industry.