Two scientific discoveries this week could have vanadium investors looking at the specialty metal in a whole new light. 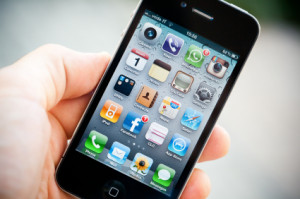 Two scientific discoveries this week could have vanadium investors looking at the specialty metal in a whole new light.

According to an article in Science Daily, scientists at the IBM-Stanford Spintronic Science and Applications Center (SpinAps) tested the propensity for vanadium dioxide to act as a metal insulator at low temperatures. They found that applying an external electric field could yield faster and more energy-efficient electronic devices.

“This would be the basis for an ultrafast electronic switch, in which devices would be activated so quickly that very little energy would be lost through dissipation,” said Nagaphani Aetukuri of SpinAps.

“Our results outlined the electronic properties that govern the metal-insulator transitions in vanadium dioxide and identified for the first time the respective roles of the Pi-symmetry and delta-symmetry electron orbitals,” Aetukuri added.

Meanwhile a group at the Harvard School of Engineering and Applied Sciences has created a thin-film coating made from vanadium dixoide, that conceals its own temperature from thermal cameras, said LaserFocusWorld. The discovery could have military applications, whereby soldiers could use the coating as a kind of thermal comouflage that allows them to covertly communicate their locations, according to the publication.

Vanadium is used most commonly as an alloy in steelmaking, or as a catalyst in manufacturing sulfuric acid. The metal is also used in vanadium flow batteries, which employ vanadium pentoxide and are large, liquid-filled tanks used to store energy for power grids.

American Vanadium (TSXV:AVC), which is developing the Gibellini Project in Nevada — America’s only vanadium mine —and has an agreement to sell CellCube vanadium redox flow batteries in North America, earlier this month announced it did a private placement with Dundee Corp (TSX:DC.A). According to the press release, Dundee acquired 6 million units of American Vanadium at $0.50 per unit, along with half a warrant per share exercisable at $0.80. Dundee now holds a 13.85 percent interest in the company before warrants are exercised.

American Vanadium also said this week that it has increased the size of a previously announced private placement by up to $2 million. Proceeds will go towards sales and marketing of vanadium redox flow batteries, mine design, environmental permitting and general working capital.

Largo Resources (TSXV:LGO), the company aiming to put the Maracás vanadium project in Brazil into production, this week announced it has connected an 11- megawatt, 86-kilometer electrical power line to the national grid. Now that the power line is complete, the company said it will soon be able to start commissioning of the crushing system. Construction at the $235-million project started a year ago; once complete, it is expected to produce an average 11,400 tonnes of vanadium oxide per year.