Production started in January at Atlantic’s Windimurra mine in Western Australia. Ferrovanadium supply from the mine is expected to account for more than a tenth of world supply, helping turn the corner in a sector dominated by China, South Africa and Russia. 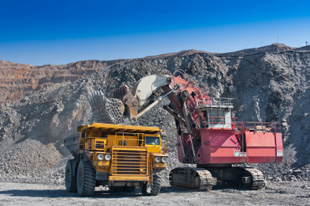 The Windimurra vanadium plant in Western Australia successfully achieved first ferrovanadium production this month, Atlantic Ltd. (ASX:ATI), which fully owns the plant, said in a statement on January 9. Windimurra has a production capacity of 6,300 tonnes per year, up from a previous forecast of 5,700 tonnes, the company said.

Though the project was delayed about a month due to commissioning issues, the mine, located about 600 kilometers north of Perth, is one of the largest proven vanadium reserves in the world, with a 28-year mine life. At 6,300 tonnes per year, Windimurra is expected to produce more than one tenth of the world’s supply of vanadium. Currently, vanadium’s production is dominated by China, South Africa and Russia, which account for the bulk of today’s global supply.

Windimurra has managed to reach production despite steep financial hurdles in the past. Atlantic acquired Windimurra for about A$110 million last year from receivers of Windimurra Vanadium, which collapsed under the weight of an $80 million funding shortfall when the project’s construction was 85 percent finished. At that time, Atlantic budgeted around A$77.7 million for construction and another A$19.4 million contingency, all of which was expected to be covered by US$335 million bond, which was raised successfully.

As Windimurra comes to production, vanadium prices, which languished in 2011, are seen to get some support in 2012 due to “increased vanadium demand from steel and alloy producers, in part from the growing concentration of vanadium used in steelmaking in developing markets,” Metal Bulletin reported in an article this month. Metal Bulletin added: “The restart of the Windimurra plant in Western Australia has not been well received by traders, who say it will exacerbate an existing overhang.”

Atlantic said in its 2011 annual report that it is “optimistic about the prices for vanadium in the long term as steel production and demand continues to grow and the intensity of use of vanadium in steel making increases in both the established and the key emerging market economies,” adding that “Strong customer interest has been received from the global vanadium market for Windimurra ferrovanadium. Atlantic has also received strong market interest in vanadium pentoxide production and the company is giving serious consideration to installing a vanadium pentoxide production circuit at Windimurra to service this premium market.”

Metal Bulletin, however, cautioned that ferrovanadium was among the worst performers among ferro-alloys in 2011, falling more than 25 percent after peaking at around $31.75 per kg in February and March. “Initial hopes that rebuilding efforts following the Japanese earthquake and tsunami in March would increase demand for ferrovanadium and ferromolybdenum faded quickly as prices started their unbroken descent towards the end of the month.”

Atlantic last year signed an exclusive five-year sales and marketing agreement with Element Commodities Ltd and Wengfu Group Co Ltd to sell 100 percent of Windimurra’s ferro-vanadium to Wengfu at market prices, subject to price protection with a minimum floor price and maximum cap price for up to 65 percent of Windimurra’s annual ferrovanadium production.