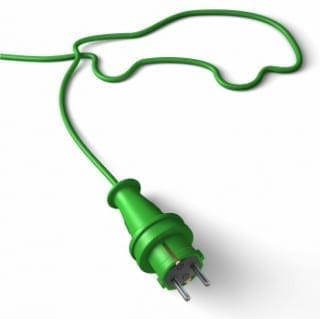 Bacanora Minerals (TSXV:BCN,LSE:BCN) caused a bit of a stir last week when it announced that it has secured a conditional lithium hydroxide supply agreement with Tesla Motors (NASDAQ:TSLA).
There’s been plenty of excitement over Tesla and its new lithium-ion battery gigafactory in Nevada, which is expected to require large quantities of lithium, graphite and cobalt once at capacity. Friday’s announcement marked the first indication of any raw materials supply agreement for the gigafactory.
Certainly, the market appears to have reacted well to the news. Bacanora’s share price jumped at least 52 percent on the news on Friday, while that of its joint venture partner, Rare Earth Minerals (LSE:REM), spiked as much as 30 percent in early morning trade.
However, analysts and investors following the story have been a bit more cautious on the announcement. For example, Chris Berry of the Disruptive Discoveries Journal called the deal an “out of the money call option,” explaining in a note that such arrangements “have no intrinsic value … but are effectively used as a hedging strategy to lock in a given price in the future.” Still, Berry added that the agreement is “an encouraging first step” despite the lack of detail.

Give me my free report!
The Investing News Network got in touch with Berry, as well as Simon Moores of Benchmark Mineral Intelligence and Jon Hykawy of Stormcrow Capital, to ask about their thoughts on the deal and on what investors can expect next. Here’s a look at what they had to say.

On Tesla agreeing to a (conditional) deal with a junior lithium company:

CB: Tesla has effectively executed an out-of-the-money call option strategy here where they agree to purchase a set amount of supply at a set price in the future. What is notable is that Tesla hasn’t spent one dime to do this. All of the risks of permitting, mine building, attaining adequate financing and producing commercial quantities of lithium hydroxide to spec still sit squarely in the lap of the partner in the deal.
SM: Firstly, it’s important to note that the agreement with Bacanora doesn’t appear to be a binding contract; it seems to me like a MOU — a public backing in order to secure funding that Tesla seems willing to get involved in.
I wasn’t surprised [to see Tesla do a deal with a junior] considering that Tesla won’t need its own lithium hydroxide for another two to three years. They will need huge volumes only when the gigafactory is at capacity, which will be ramping up around late 2018 if all goes to plan.
If you come from the basic premise that Tesla will need more than the present industry can provide, then effectively producing its own lithium through these partnerships is the only way to secure the raw material it needs. If you add to that [the fact that] they want the cheapest raw material, a consistent raw material and the best deal to make the gigafactory work, there was only one real option.
JH: Not surprised that Tesla and/or Panasonic (TSE:6752) would look at juniors as potential future sources of supply. It’s no secret within the industry that supply from the incumbents will be stretched pretty thin before long, so there are not too many other places to go. Nowhere in the press release regarding the new lithium supply agreement was it mentioned that the agreement is exclusive, so one would expect that Tesla and/or Panasonic are working to secure their supplies from a wider base.

On what investors can expect in terms of further supply agreements:

CB: Obviously Tesla and other battery manufacturers will be looking to lock in supply both in the near term and longer term. I would expect these companies to look to lock up near-term supplies, likely from China, and utilize the junior mining sector as a longer-term source of supply. Each raw material has its own supply-and-demand dynamic so it’s too early to tell if cobalt and graphite will follow suit.
SM: I think there will be more agreements like this. I think Tesla have drawn a line in the sand with regards to what raw material they want and how it’s produced.
It shows they are willing to take risks and change the industries they are operating in. They have done it to the auto industry — the gigafactory has already done that for the battery industry and it’s not even producing yet. I expect the same for the mining industry and the graphite, lithium and cobalt they will need.
In summary, at Benchmark we expect more Tesla deals with junior mining companies.
JH: I would suspect, at this point and as far ahead of true supply crunches as we are, that Tesla are driving a pretty hard bargain. If so, it is going to be tough for juniors to make money on supply UNLESS their costs of production are very low. That means that their costs actually have to be low for them to survive — just putting some optimistic guesses into a PEA won’t cut it. I do anticipate more agreements with juniors because once they have a base cost of supply established with juniors, they are able to drive harder bargains with incumbents. That might work well in some markets, and not so well in others, but it will be interesting to watch.

On the deal in the context of the lithium market in general:

CB: I still believe M&A will be the prevailing theme in the junior markets over the next couple of years. Excess supply, muted demand, financial market volatility and financing difficulties dictate that the strongest (both financially and in terms of the asset quality) will survive.The type of deal Tesla just announced will likely best be viewed as liquidity events for long-suffering junior mining company shareholders.
SM: I think this should be very encouraging in that it shows long-term, disruptive players like Tesla are willing get involved in junior markets. Major players have generally avoided this sector.
In terms of which companies [Tesla will do more deals with], you would have to ask Tesla. But from their track record, they look at companies that do things a bit differently, whether source rock, marketing plan or project size/quality.
Different projects appeal to different people, so your guess is as good as mine. But the next 12 months will be an interesting to watch.
JH: The lithium market is likely to become even tighter with time, but there will be segments within the market that are likely to experience insufficiency even sooner than others. Panasonic and Tesla need more than just lithium units to make their batteries inexpensively — they need lithium in the correct chemical form. That may be more important than worrying about just getting some lithium, probably for the next three to five years.

9 responses to “What are Analysts Saying About Tesla's Lithium Supply Deal?”