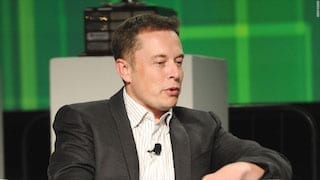 Production of Tesla’s Model 3 EVs will begin this week, but many investors are wondering if the company will be able to deliver the new cars on time.

Tesla (NASDAQ:TSLA) CEO Elon Musk said earlier this week that Model 3 production will begin on Friday (July 7), but many investors are wondering if the company will be able to deliver the new cars on time.
The company’s electric vehicle (EV) production climbed to 47,000 units in the first half of the year, missing the higher end of guidance, which was set between 47,000 and 50,000 units. Tesla has said output was challenged by “a severe production shortfall of 100 kWh [lithium-ion] battery packs.”
“The technology challenge grows exponentially with energy density. Until early June, production averaged about 40 percent below demand. Once this was resolved, June orders and deliveries were strong, ranking as one of the best in Tesla history,” the company said in a press release.


Give me my free report!
By next year, Tesla’s $5-billion Nevada gigafactory is expected to have a battery production capacity of 35 GWh per year, nearly as much as the entire rest of the world combined. To keep up with surging demand, the company will open “probably four” gigafactories later in 2017.
Last weekend, Musk also said that the company expects to produce 20,000 cars by December and 40,000 vehicles each month at some point in 2018. Tesla produced nearly 84,000 vehicles in 2016 and has said it plans to make 500,000 by the end of next year.
To fulfill this production outlook, Tesla will need to secure 10,000 to 15,000 tonnes of lithium hydroxide next year, said Simon Moores, a lithium expert and managing director at Benchmark Mineral Intelligence.

Tesla is just a story

Despite concerns about Tesla’s output, many analysts predict that EV sales and adoption will happen faster than expected. Most recently, analysts at UBS (NYSE:UBS) raised their forecast for global EV sales in 2021 to 3.1 million units from 2.5 million, and to 14.2 million units in 2025.
In total, surging demand for EVs is forecast to push demand for lithium-ion batteries above 400 GWh by 2025, Benchmark Mineral Intelligence says. And as these cars become more mainstream, the need for lithium, graphite and cobalt, all of which are used in lithium-ion batteries, is expected to soar.
But as many lithium experts say, Tesla is a story and not the only story. In fact, China is the leading player in the EV space, in part due to environmental pressures. In 2016, 507,000 EVs and plug-in hybrid electric cars were sold in the Asian country, a 53-percent increase from 2015.
In addition, China already produces 55 percent of lithium-ion batteries globally, and its share is forecast to grow to 65 percent, according to Bloomberg New Energy Finance.
“This is about industrial policy. The Chinese government sees lithium-ion batteries as a hugely important industry in the 2020s and beyond,” Bloomberg New Energy Finance analyst Colin McKerracher said.
Don’t forget to follow us @INN_Resource for real-time news updates!
Securities Disclosure: I, Priscila Barrera, hold no direct investment interest in any company mentioned in this article.