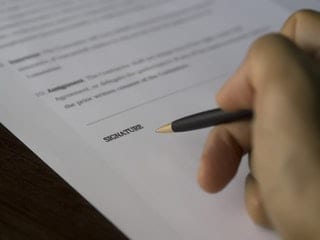 Under the agreement, SQM will be able to expand its lithium production by an extra 349,553 tonnes until 2030.

Major lithium producer SQM (NYSE:SQM) ended a long-running dispute with Chilean development agency Corfo over royalties in the Salar de Atacama, the company said on Wednesday (January 17).
As a result, SQM will be able to expand its lithium production by an extra 349,553 tonnes until 2030, allowing the company to take advantage of increasing lithium demand for electric car batteries.
The deal requires SQM to pay the communities near the Salar de Atacama between $10 and $15 million every year. The company has also agreed to supply Chile with lithium at a favorable price.


Give me my free report!
“SQM is going to make an important economic effort in the first years, with high lease payments and investments in production capacity, but in the long term we will be able to consolidate our leadership in the industry,” Patricio de Solminihac, CEO of SQM, said in a press release.
The three-year-long dispute started when Corfo accused SQM of underpaying royalties and violating environmental regulations at lithium deposits leased from the government. The top lithium producer denied the allegations and arbitration started in May 2014.
After this week’s deal was signed, Corfo Chief Eduardo Bitran said SQM has agreed to overhaul its corporate governance board to ensure adherence to global standards, a key condition put forward by Chilean authorities. Royalties paid by SQM will also increase to equal those established in a similar contract between Chile and lithium producer Albemarle (NYSE:ALB).
The SQM/Corfo agreement was highly anticipated and welcomed by analysts and market participants.
“I believe the deal is great news for all parties involved,” lithium expert Joe Lowry told the Investing News Network (INN). “In addition, it gives lithium-ion battery makers and car companies comfort that secure supply will be available over the next several years.”
Similarly, Chris Berry of House Mountain Partners told INN that the agreement is a welcome and transformational deal for the entire lithium market.
“Though SQM’s production costs will rise, it will allow them to remain a dominant player in the lithium sector for years to come, and hold out the possibility of building out downstream aspects of the lithium supply chain in Chile,” Berry added.
According to Lowry, prior to this agreement much of the assumed lithium supply between now and 2025 was from unfinanced junior projects.
“Additional supply from the Atacama will render many high-cost junior projects unnecessary in the near term and much more difficult to finance. [But] most of the best junior projects in Argentina and Australia are already financed and will still move forward,” Lowry added.

In fact, he said the new Atacama supply will replace high-cost junior capacity that was assumed “at best speculative,” and that it may be “a difficult road for the more speculative junior plays and projects in ‘high-risk’ jurisdictions.”
That said, Lowry still believes that, despite the potential output expansion of SQM, it will take time to ramp up in Chile. That means oversupply in the market is not expected any time soon.
Berry agreed, saying that even though the supply increase is significant, it is not likely to be felt for a few years as SQM works to build out additional capacity. “I would think that SQM’s downstream customers are breathing a sigh of relief tonight,” he added.
On Wednesday, shares of SQM closed up 1.64 percent in New York at US$59.55, a modest rebound after closing 6.6 percent down on Tuesday (January 16).
Don’t forget to follow us @INN_Resource for real-time news updates!
Securities Disclosure: I, Priscila Barrera, hold no direct investment interest in any company mentioned in this article.