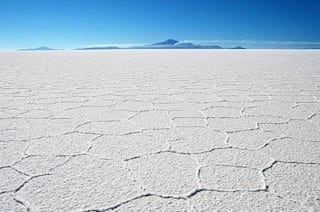 Rio Tinto has spent $90 million so far on the development of the Jadar lithium project in Serbia.

Rio Tinto (ASX:RIO,LSE:RIO,NYSE:RIO) has signed a memorandum of understanding (MOU) with the government of Serbia to fast track the development of a deposit containing lithium.
The company expects to make a final investment decision and start construction at the Jadar project, currently at the prefeasibility stage, in 2020. If all the permits are obtained and viability is confirmed, lithium production will start in 2023, Rio Tinto said on Monday (July 24).
Rio Tinto discovered the 136-million-tonne reserve, named after the Jadar Valley, in 2004, and has invested $90 million so far on developing the property.


Give me my free report!
Mining and Energy Minister Aleksandar Antić, who signed the MOU on behalf of the Serbian government, said the agreement will speed up activities related to the process of opening the mine and beginning of the exploitation of lithium.
“Progress of the Jadar project in a timely manner, and its implementation, will make Serbia the key producer of the two very important elements — lithium and boron — both of which are important for modern development,” he added.
As the electric car revolution continues to unfold, interest in lithium is increasing. The metal is an essential component of the lithium-ion batteries used to power these vehicles.
According to Benchmark Mineral Intelligence, surging demand for electric vehicles is expected to push demand for lithium-ion batteries above 400 GWh by 2025. As a result, most analysts expect global lithium output to reach 400,000 to 500,000 tonnes by the same year.
But the lithium industry is expected to struggle to keep up with this soaring demand, as bringing projects into the market is not always easy. New mines can take years to start producing at full speed, and a lack of timely investments could curb supply in the years to come.
“Rio Tinto is one company that could throw a lot of investment at lithium,” Simon Moores, managing director of Benchmark Mineral Intelligence, commented on Monday. “[This project] will still be a post 2022 prospect but one to watch.”
As of Monday at 1:00 p.m. EST, Rio Tinto was trading at AU$62.62 on the ASX, up 4.54 percent year-to-date.
Don’t forget to follow us @INN_Resource for real-time news updates!
Securities Disclosure: I, Priscila Barrera, hold no direct investment interest in any company mentioned in this article.