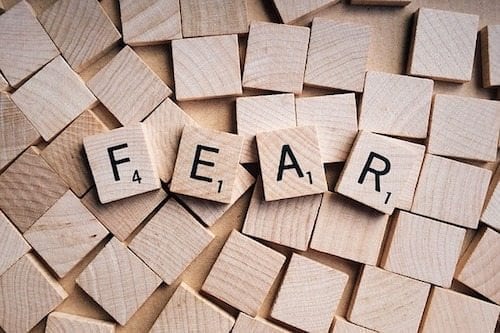 Lithium oversupply concerns were a theme in the first quarter of 2018, and since then some investors have remained uncertain about where the market stands.

“I know there’s been a lot of talk about that,” he said. “The fact [is] that when we look at past history, most of these new mines have had hiccups from a production standpoint. And so they either underproduce for the first few years, or they’ve taken a number of years to produce or … some have gone to bankruptcy, all within the last decade.”

What’s more, he pointed out, like all miners, lithium companies face a high risk of failure. “Most of these companies will not get financed to production,” said Lee.

Plus, he noted, “if it’s strategic partners that are putting up … debt financing, you know where that material is going to go. Most of that material goes to the financing partner.” That means “you kind of limit the oversupply issue that people have been talking about.”

Watch the interview above for more insight on lithium from Lee. You can also read the transcript below.

INN: This is our first time speaking. I wanted to ask if you could start by telling me a little about yourself and your background in the lithium space.

JL: Sure. I started out about a decade ago on the sell side doing equity research, covering a lot of … lithium names. Then transferred to the buy side where I worked at a firm called Geologic Resource Partners. Their largest position was Lithium Americas (TSX:LAC), which is kind of an in-vogue name today. And subsequently I’m a consultant to various buyers of lithium currently, and I’m on the advisory board of a company called Bearing Lithium (TSXV:BRZ).

INN: We’re here at Mines and Money in New York, and you just spoke on a lithium panel. One of the topics was how best to invest in the sector. What are some misconceptions that you tend to see from investors?

JL: I think this is very similar to how everyone thinks about mining in general. There’s always this perception that every mine will get built. Much like the mining space, over 90 percent of them will fail, and so when we think about supply and demand dynamics … there’s actually a limited number of new mines that will come online. And then secondly … the fact [is] that when we look at past history, most of these new mines have had hiccups from a production standpoint. And so they either underproduce for the first few years, or they’ve taken a number of years to produce or … some have gone to bankruptcy, all within the last decade. So I think those are, on the supply side, those are all various different caveats to take into consideration when we think about lithium supply today — supply/demand dynamics.

INN: Lithium’s a very hot sector, and there’s lots of information out there that people can look at. How would you recommend investors go about educating themselves about lithium? What are the resources that you should use?

JL: That’s a difficult question. I would say there isn’t much sell-side research out there, at least very comprehensive. I would say that you’re thinking about three things — you’re talking about management, finance and then technical aspects. I think all three of those are important,  and generally speaking you have to do a pretty big dig on each one of those. I don’t think there is really one resource to get all three of those. But the sell-side research would probably have the best about just generally speaking finance. From a management standpoint, it’s actually really talking to management and getting their goals and their background and their thought processes. And then with respect to … the mine itself and operation, it’s a very human capital and engineering type of experience that takes a pretty long time to understand.

INN: Let’s return to the question of how best to invest in lithium. What’s your opinion, and what are your criteria when you’re picking stocks?

JL: Generally speaking … the stock is valued as the present value of all future cashflow. That’s general and so that takes into consideration time to production, management, how much dilution, capital structure. So there’s various different ways of looking at a company and creating a fair value for it and seeing that as undervalued. I think that’s probably the best way to sum up … how to look at investing.

INN: The lithium market is compelling in large part due to anticipated demand from electric cars, but there have been concerns about oversupply lately. Is that something investors really need to worry about right now?

JL: I know there’s been a lot of talk about that. I could talk about … having clients that are looking for lithium concentrate right now and the market is tight. We expect it to be tight for the foreseeable — or at least in the near future. There is — when we think about oversupply, again we talked about how at least some research talks about how there could be oversupply because of new mines coming online and the massive amounts of supply coming online. But I think … to be a caveat there … every mine that has come online has been delayed.

And secondly, most of these companies will not get financed to production. And on a project level … most of the projects that have been financed with at least a piece of debt, which most projects are, that debt has come from a strategic partner and not from banks. And so you can see … the hesitation from traditional banks to get involved in the space. And so if it’s strategic partners that are putting up the debt financing, you know where that material is going to go to. Most of that material goes to that financing partner, and so you kind of limit the oversupply issue that people have been talking about.

INN: Last question: do you have any final advice for lithium investors this year?

JL: When we think about oversupply, I think you have to bifurcate two different things: one is the carbonate price and then one [is the] concentrate price. Typically … on the hard-rock side, you produce concentrate first and then you convert it with a converter to carbonate. There’s been a lot of talk about new mines on the concentrate side, but I don’t think there is enough capacity on the conversion to carbonate. [We] may actually have a bifurcation where you see higher amounts of concentrate on supply and lower amounts of carbonate, and thereby you see a dichotomy of pricing for concentrate as relative to carbonate, where I think will hold up pretty well.

Securities Disclosure: I, Charlotte McLeod hold no direct investment interest in any company mentioned in this article.