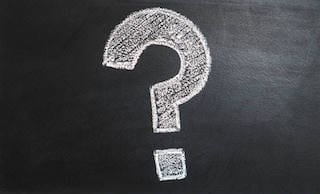 Investors’ fears over a price crash increased after Morgan Stanley’s latest forecast showed lithium prices could fall by 45 percent by 2021.

Lithium prices have been on an uptrend for the last two years on the back of a strong demand outlook from the electric vehicle space.

Analysts believe growing demand from the electric car sector will be insufficient to offset increasing supply from Chile, the Financial Times reported.

According to the bank, new lithium projects and planned expansions by the largest producers in Chile “threaten to add” around 500,000 tonnes per year to global supply by 2025.

Analysts at the firm added that 2018 will be the last year of a global lithium deficit, as they expect “significant surpluses” from 2019 onwards.

“It would take much higher EV penetration rates to offset these surpluses and balance the market,” the bank said. Battery electric cars would have to make up 31 percent of global sales in 2025 from less than 2 percent currently to “clear the market,” they noted.

After Morgan Stanley released its forecast, lithium experts took to Twitter to share their thoughts and concerns.

“Don’t usually comment on forecasts but the Morgan Stanley lithium one is ridiculous. When you understand even the basics of lithium, cathode and battery plants, and auto majors plans you realise the Morgan Stanley scenario has a 1 percent chance of happening,” Benchmark Mineral Intelligence Managing Director Simon Moores said.

In a recent research note, analysts at Benchmark explained the main factors investors should keep an eye on when discussing potential oversupply in the market.

According to the London-based firm, lithium prices are likely to move towards convergence rather than a crash, as the fundamentals of the lithium industry have not changed.

“Quite simply, to impact the battery grade lithium carbonate and lithium hydroxide prices, battery grade product has to be produced and sold to cathode and battery makers,” Benchmark said.

Lithium expert Joe Lowry also said that by predicting a steep lithium price decline the analysts at Morgan Stanley have proven they don’t understand supply, demand or the cost curve.

Energy metals analyst Chris Berry commented on the report as well, saying that there is a low probability — though not zero — for the bank’s forecast to come true.

Even so, Morgan Stanley’s report boosted fears of potential oversupply in the market, with major producers’ share prices plummeting on Monday (February 26).

The Global X Lithium ETF (NYSE:LIT), which tracks the full lithium cycle from mining and refining through battery production, was also down, falling 4 percent to $35.74.