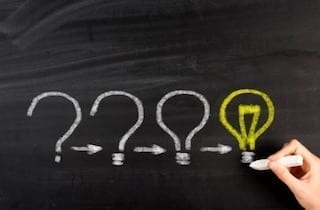 The London Metal Exchange is considering introducing a lithium contract to tap into the electric car revolution. But will its plan work?

The London Metal Exchange (LME) is considering introducing a lithium contract as demand for the metal continues to surge, the Financial Times reported on Wednesday (August 30).
Currently, the 140-year-old exchange sets global prices for metals such as copper and aluminum, but it is eyeing lithium to tap into the electric car revolution.
The metal is a key component of lithium-ion batteries, which are used to power electric cars. Demand for these vehicles is surging, and sales are expected to reach 14.2 million by 2025, according to UBS (NYSE:UBS). As a result, lithium demand is set to soar by fourfold by the same year, says research firm Roskill.


Give me my free report!
“The LME has been approached by industry users regarding the introduction of an LME lithium contract, which we are looking into,” the LME said in a statement to the Financial Times.
“We believe in developing products in conjunction with participants to meet the real needs of the market, and are committed to assessing and enhancing our offering as effectively as possible.”
A lithium contract would give investors exposure to growth in electric vehicles, alongside other battery metals such as nickel and cobalt, which are also traded on the LME.
Lithium expert Joe Lowry of Global Lithium told the Investing News Network that he expects a lithium contract to be launched at some point, but it is “likely a few years off.” He added, “[the] lithium market is still too small for the LME to implement a contract, but there is no question that it is desired by major purchasers.”
The Financial Times notes that another problem for the LME would be storing lithium in its warehouses. That’s because metal is mostly sold to battery makers in chemical forms, making it harder to store than other metals.
The LME’s move comes as lithium prices are starting to become publicly available. London-based Benchmark Mineral Intelligence, which tracks lithium, graphite and cobalt prices for its clients, is set to release its data on Bloomberg and Thomson Reuters terminals this year.
According to Benchmark, lithium prices have been surging for the past few months and will continue to rise.
The firm predicts that lithium carbonate prices will average $13,000 a ton over the 2017-to-2020 period from around $9,000 a ton in 2015 to 2016. Lithium hydroxide prices are expected to average $18,000 a ton between 2017 and 2020 against $14,000 from 2015 to 2016.
Don’t forget to follow us at @INN_Resource for real-time news updates!
Securities Disclosure: I, Priscila Barrera, hold no direct investment interest in any company mentioned in this article.