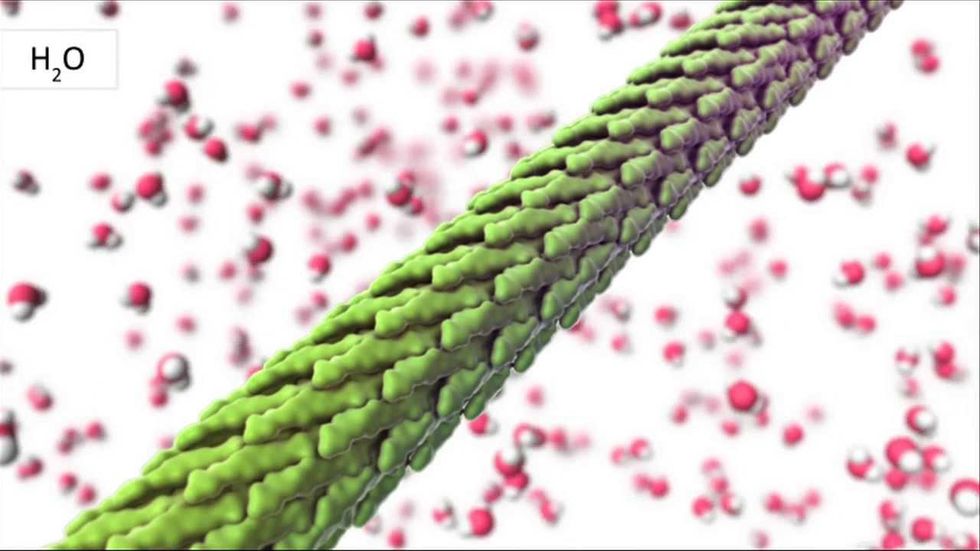 A virus is never a good thing — or is it?

Nobody likes a virus, but that’s not to say a virus can’t be good for something. This week, researchers at MIT looked to a genetically modified virus to improve the durability of lithium-air batteries.

However, according to io9, engineers have been struggling to create the durable materials required for the batteries’ electrodes. As a result, it has been hard for them to increase the number of charging cycles the batteries can withstand.

Looking to find solutions to lithium-air batteries’ charge problem, MIT turned to biology — a genetically modified benign virus — for answers. MIT is using an engineered virus called M13, that “works by increasing the surface area of the wire, which in turn increases the area where electrochemical activity takes place when batteries are charged or discharged.”

Angela Belcher, the W.M. Keck Professor of Energy and a member of MIT’s Koch Institute for Integrative Cancer Research, likens the biosynthesis process of the nanowires to the way an “abalone grows its shell.”

By capturing molecules of metals from water and binding them into structural shapes, the surface area of the nanowire array can be increased.

Using a manganese oxide, a common cathode material of lithium-ion batteries, the virus built wires that have rough, spiked surfaces. Because the wires have spikes as opposed to a flat surface, there is more surface area for a chemical reaction to occur. “This process also creates a cross-linked 3D structure, rather than isolated wires, making for a more stable electrode. Adding to its advantages, the viral process is water-based and done at room temperature,” Gizmag wrote.

According to the research team, the new development in lithium-air technology could be a big advantage for charging and discharging. Belcher explained that the developments are “a great contribution to guide the research on how to effectively manipulate catalysis in lithium-air batteries.” Furthermore, the new approach could act as a stepping stone for other lithium-air batteries. “The template introduced in this work is also readily adaptable for other catalytic systems,” Belcher said.

While still in its early stages, 50 charge cycles have been documented so far using the cathode. Core components, including the electrolyte, are still being looked at, as per MIT. MIT estimated that its work could improve battery energy density by two to three times.