Last week Japan’s fourth-largest trading house, Itochu Corp., announced that it has taken a 20 percent stake in a U.S. project to produce lithium and that it expects to start sample shipments for use in car batteries by the end of this year. 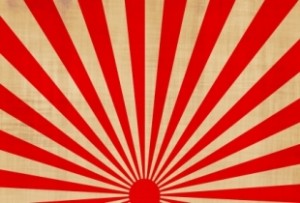 Last week Japan’s fourth-largest trading house, Itochu Corp (PINK: OTCY), announced that it has taken a 20 percent stake in a U.S. project to produce lithium and that it expects to start sample shipments for use in car batteries by the end of this year.  The latest joint venture between Itochu and Simbol represents the third announcement pairing Asian investment interests with an international lithium project in the last month.

Simbol Mining Corp, was originally a research enterprise that was privately launched under the U.S. Department of Energy (DOE), to investigate cost effective lithium extraction from the sea water used in geothermal power generation.  Itochu, with multiple business units and diversified revenue streams, will retain exclusive rights to market the lithium produced by the project throughout Asia, excluding India.

According to Itochu, Simbol’s process is based upon ion exchange technology, and focuses on saving production time in order to obtain cost competitive efficiency.   In the absence of greater disclosure on production costs of geothermal brine extraction, the project may not be able to deliver the lithium carbonate at competitive prices.  Itochu contends that it can reduce production time to one day from around one and a half years that it would take to produce the same lithium from brine pools.  The U.S. project aspires to start commercial production within three to five years, and Itochu’s ambitious target aims for about 16,000 tonnes in lithium carbonate equivalent per year.

Lithium investors will be monitoring and evaluating this project and the optimistic objectives, since forecasted global demands for the metal will certainly challenge current production levels.

On July 2, Salares Lithium (TSX-V: LIT) announced further results of the ongoing the results of Transient Electromagnetic Surveys (TEM), completing work on the northern portion of Salar de la Isla, Salar de las Parinas, Salar de Aguilar and Salar Grande. The combined results on the project identified a substantial increase in the volume of the brine bearing reservoir rock. These cumulative surveys indicate a 31 percent increase, from 3.64 to 4.77 billion cubic metres, of the reservoir rock when a cut-off of 1 ohm per metre is applied.  Salares Lithium had previously provided an expansionary update based on similar surveys utilized to more precisely define the saline-rich zones within the salars. In order to determine the actual brine content and eventual resource of this reservoir rock, information relating to the porosity, permeability and grade will be required from drilling and sampling.

Salares’ Chief Executive Officer, Todd Hilditch indicated bullish sentiments regarding the announcement, “We are extremely pleased with the results of these additional surveys that have identified a substantial increase to our aquifer’s reservoir rock or possible production zone. Based on the results and experience to date, we would expect that additional surveys to be completed could increase the known reservoir size”.

Share prices of Salares Lithium have increased since the announcement from $0.53 to a high of $0.67 last Friday morning.  The company is currently trading in the $0.60 range.