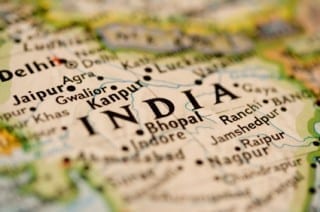 The Indian government said it will give incentives to lithium-ion battery makers as the country aims to promote electric cars.

India is looking to incentivize lithium-ion battery makers to set up more manufacturing units as the country seeks to promote the use of electric cars, its renewable energy ministry said last week.

Renewable Energy Minister RK Singh has held talks with battery manufacturers and has asked them to set up units in India, assuring them the government will give incentives to the sector, a ministry statement says.

“(Singh) exhorted the industry to set up battery manufacturing units in India as future demand was going to be very high with the government promoting e-vehicles in a big way,” the statement also explains.

India is aiming to ensure all new vehicles sold in the country are electric by 2030, but as most of its batteries are imported the cost of the cars is high. The government is also said to be in talks with other countries to ensure supply of raw materials needed for the batteries, such as lithium.

According to the India Energy Storage Alliance (IESA), India will have over 1 GWh of lithium-ion battery pack manufacturing capacity by mid-2018. IESA also expects at least two manufacturing plants to start construction this year and be completed by early 2020.

But if the Indian government doesn’t pick up its pace in securing lithium reserves, it could be a big problem for the energy storage industry, a senior official at Panasonic India (TSE:6752) said, adding that it would mean the country will need to rely on imports from China.

“If Make in India is a motto and we are serious about it, then we have to do a lot of things in terms of securing various commodities that go into it,” said Atul Arya, head of energy systems at Panasonic India.

“And at the same time, we have to look at the other aspects such as the finance required to ramp up manufacturing, which means attracting investors, and upgrading the skills of the human resources. That is all required,” he added.

That said, India’s electric car push could benefit automakers such as Tata Motors (NYSE:TTM) and Mahindra and Mahindra (NSE:M&M). Details about the incentives have yet to be provided.