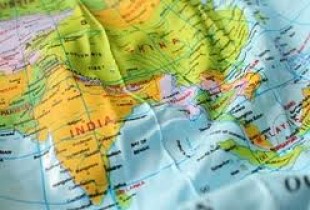 The new site is expected to serve as the primary distribution for the supply chain of Chemetall’s lithium product suite to the domestic market in India in addition to other regional areas.

Butyllithium is often used as a catalyst in the polymerization of rubber tires in the automobile manufacturing industry; however, it is also important for specialized pharmaceutical and fertilizer applications. Chemetall has indicated that it expects to supply lithium products to major pharmaceutical producers and a number of generic manufacturers, having already successfully launched a number of new products into the Indian market.

Lowering cholesterol in India and across the globe

Within the pharmaceutical industry butyllithium is often important in the manufacturing of statins, which are cholesterol-lowering agents. Statins are among the largest selling drugs worldwide with Lipitor being the most prominent name within the sector.

Lithium investors will note that although Pfizer (NYSE:PFE) loses its patent on Lipitor this year, the company previously permited an exclusive license to New Delhi area based Ranbaxy Laboratories. Ranbaxy will have the first opportunity within the United States to market the generic version of Lipitor at the end of this month before other generic pharmaceutical manufacturers can enter the market.

In India, heart disease is the single largest cause of death. According to projections by the World Health Organization (WHO) and the Indian Council of Medical Research (ICMR), cardiac arrest and hypertension are expected to climb significantly within the region  by 2020.

The India Brand Equity Foundation has valued the current pharmaceutical industry in India at approximately $12 billion and exhibiting the potential for a low double digit compound annualized growth rate (CAGR). The foundation further projects that India will become a top ten global pharmaceuticals market in terms of sales by 2020 with the total value reaching $50 billion.

Bangalore-based Biocon, is considered the largest Indian biotechnology company by revenues and is a USFDA qualified producer and exporter of statins. The company recently reported a quarterly decline in profits of 3.9 percent; however, lithium observers will note that this falls in line with street consensus with inflationary energy and labour costs providing a challenging operating environment.

While some potential lithium investors may remain cautious about the overall economic outlook and any projected risks for global electric vehicle markets targets, pharmaceuticals remains an area which may be not be accounted for. Despite many analysts’ belief that scenarios of lithium demand expansion strongly correlated with battery usage, development in the pharmaceutical industry should be less dependent on policy guided investments and lithium demand within the sector may grow at a faster compounded annual rate than GDP of developed nations. Continued urbanization and increased sedentary lifestyles in the emerging countries, combined with aging populations in the developed world, could lead to higher levels of heart disease. According to the The Future of Cardiovascular Disease in the United States, approximately 40 percent of adults in the United States may have one or more forms of cardio vascular diseases within the next two decades.

Since the announcement of the news development the share price for Rockwood Holdings has depreciated to trade in the range of $45.33 per share, which is a decrease of approximately 4.3 percent. This compares less favourably to both the overall New York Stock Exchange demonstrating a decline of 2.1 percent and the Byron Capital Markets Lithium Index which has appreciated 1.7 percent over the same time period.  Over the course of the year, Rockwood Holdings share prices have demonstrated strong positive market sentiment with share prices appreciating 16.0 percent.