A one year summary has seen the junior exploration company listed as a member of the Toronto Stock Exchange, appoint a new Chief Financial Officer, produce battery-grade lithium carbonate samples, move forward on mining plans, face class action litigation over resource estimates and recently get notified of a compliance default. 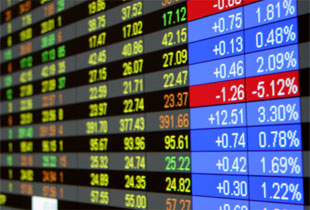 The latest announcement originates from the Ontario Securities Commission (OSC) signifying the company is in default of its continuous disclosure obligations under Ontario securities law due to a development in February that an internal review had indicated a material reduction in the measured, indicated and inferred mineral resource for its project announced late last October.

Canada Lithium has followed up by appointing AMC Mining Consultants (Canada) Ltd. to independently conduct a resource estimate of the project and expeditiously prepare a new NI 43-101 compliant technical report. The independent resource estimate is anticipated to be completed on or before May 13, with a new NI 43-101 compliant technical report to be filed within 45 days.

Investors will note that a material reduction in the measured, indicated and inferred mineral resource is expected; however, it is not be possible to accurately quantify the magnitude of such reduction without further research details and disclosure.

The Quebec Lithium Mine originally operated from 1955 to 1965 as an underground mine and processing plant that produced spodumene, lithium carbonate and lithium hydroxide monohydrate. In 1974, a feasibility report on the rehabilitation of the former Quebec Lithium Mine calculated a historical reserve estimate of 15,736,938 tonnes grading 1.14 percent lithium; however, this estimate is not NI 43-101 standards compliant.

The market responded swiftly in early March severing share prices over 46 percent from $1.32 to 72 cents on high volumes. Since that time the market has traded on much thinner volumes anywhere from 93 to 62 cents. The share price is currently trading at the 68 cent range, which is up slightly since last September’s appointment of a new Chief Financial Officer, Germaine Coombs, former Corporate Controller with FNX Mining Company.

Mineral Resources Limited is an Australian-based integrated supplier of goods and services engaged in processing and mining services with operations in contract crushing, general mine services infrastructure provision and recovery of base metal concentrate for export sales.

A third phase strategic resource expansion program was completed at Mount Marion during March and April with a view to extending the open pit mine life through depth and strike extensions of existing deposits. The results of some remaining holes are expected to be received by the end of May when drill results will be compiled and validated for inclusion in a database from which an updated geological model of the Mount Marion deposits will be constructed in preparation for resource estimation by the end of September.