Triton Minerals was up nearly 60 percent at close of day Wednesday. The company announced that it’s implemented a binding offtake agreement with Yichang Xincheng Graphite, a Chinese graphite products specialist. 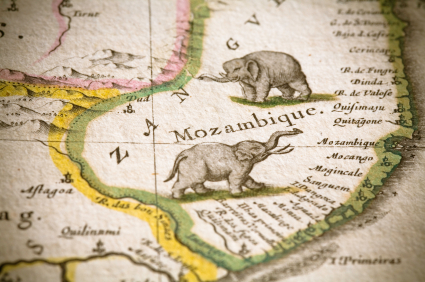 Triton Minerals (ASX:TON) was up nearly 60 percent at close of day Wednesday after announcing that it’s implemented a binding offtake agreement with Yichang Xincheng Graphite, a Chinese graphite products specialist.

The deal will see Triton provide Yichang with 100,000 tonnes of graphite concentrate per year for a period of 20 years. The minimum sale price will be US$1,000 per tonne of graphite concentrate, meaning that as a whole Triton’s minimum contract revenue will come to a whopping $2 billion. The full value of the contract will be “determined by the future sale price as set by the applicable market price.”

Minimum flake size is set at 150 µm, while 90 percent total graphitic carbon is the purity requirement. Moisture content is set at less than 1 percent. Triton must also meet a number of requirements within 36 months of signing of the offtake agreement. Those include:

That might sound like a tall order, but Triton’s press release highlights that the company is no stranger to moving quickly. It points out that this time last year, Triton “had yet to commence the exploration drilling program at Nicanda Hill,” also noting that it was able to achieve a proof-of-concept exploration program and report the world’s largest-known flake graphite and vanadium JORC 2012 resource there within an 11-month period.

The Nicanda Hill graphite resource is located at the company’s Balama North project in Mozambique. It’s currently Triton’s main focus, though the company also holds the Ancuabe and Balama South projects, which are in Mozambique as well. A recently signed binding agreement to set up a strategic alliance with AMG Mining is expected to help Triton advance its work in the country.

Given Triton’s achievements at Nicanda Hill, it’s no surprise that the company wanted to lock down an offtake agreement as soon as possible. Such agreements are generally highly sought after in the graphite space as the material isn’t sold on the open market — prospective miners thus usually want to make sure that there is a market for their product before they commit to producing.

Indeed, in a recent interview with The Mining Report, Simon Moores of Benchmark Mineral Intelligence highlighted the importance of offtake agreements, noting that while “[m]uch of the market probably doesn’t understand it yet … the more advanced and more experienced juniors do.” He added, “[m]any of these companies have spent the last three years working closely with end users to develop their projects, and this close connection to the end market, especially with regard to specialist graphite products, is critical. This is a make-or-break issue.”

And indeed, Brad Boyle, Triton’s managing director and CEO, is definitely pleased with the deal. He’s quoted in Wednesday’s release as saying, “[w]e are both proud and fortunate to be associated with a world-recognised and large-capacity graphite Company that supplies materials for some of the world’s most distinguished electronics and technology Companies.”

That said, Triton will no doubt be looking for further offtakes moving forward. After all, a recent scoping study pegs annual graphite concentrate production from  Nicanda Hill, a graphite resource located at Triton’s Balama North project, at 210,000 tonnes for a period of 30 years. And while the Yichang offtake requires Yichang to go only to Triton when sourcing graphite concentrate from Mozambique, Madagascar, Malawi and Tanzania, it does not restrict Triton from selling graphite to other parties.